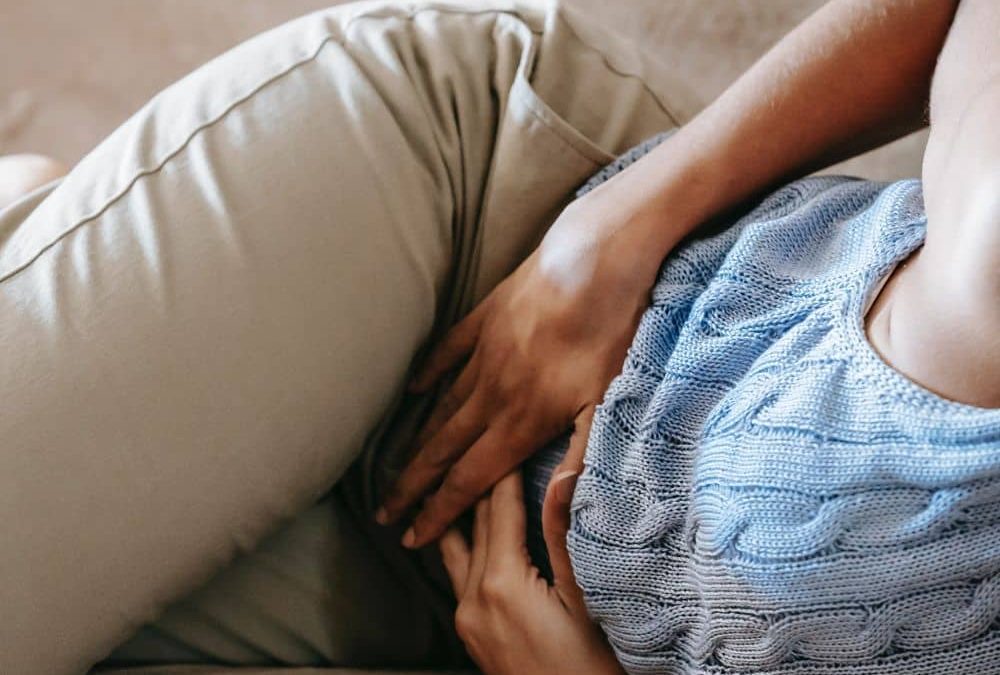 Ayurveda has an exceptionally long history. The technique of using medicinal herbs to heal the body is if human history. The specific sets of practices that were developed in the Sub-Indian continent came to be known as Ayurveda. Many techniques like Ayurveda were also developed in various parts of the world in various periods. The Egyptians in the time of pharaohs also used to use herbs for medicinal purposes. They also classified the herbs according to their characters and their uses.

In the Indian sub-continent, which is now present-day Nepal, India Ayurveda is very vastly connected with the religion itself. It is believed that Ayurveda is the gift of the gods to humans when the humans and time itself were new. Not, only Ayurveda the techniques like Yoga, and other great pieces of knowledge like meditation also is believed to have been passed from the gods themselves.

Ayurveda treatment for chronic disease had a huge influence on the community of the past. Its techniques are so detailed and in-depth that it has not only the ability to heal the wounds of the outside but also is effective on certain conditions which are hardly seen outside.

Ayurveda, the ancient technique from centuries ago, is also present in this modern age and is thriving. The people of southern Asia are more inclined to their ancient heritage. Yes, they use modern medicines, there is no doubt, but they also cannot let go of Ayurveda due to its capacities. They use both techniques in a combined way.

Modern medicine for the immediate condition while Ayurveda strengthens the core and enhances the immunity from inside. Modernization and development of technologies have taken Ayurveda to also new heights. Now, modern Ayurveda is the combination of the knowledge of the past and technologies from the present.

Chronic diseases and ayurveda treatment for it

Chronic diseases are those diseases that affect the human body for an extended period. The disease may be with the individuals for years and some their whole lifetime. A disease can be called chronic when it is within the body for more than three months. A common cold, fever, are not chronic diseases because no matter how severely they affect a person they do not last more than a week or a few days above the week.

Depression is normal human behavior. It is ok to be depressed, for some reason occasionally. However, when it becomes a daily habit for hours a day for minor things it becomes a disease. Depression and mental problems can be very minor to very severe. If it is severe it may last for years and some even do not get cured even in a lifetime. However, these types of diseases take a long time to manifest as chronic diseases and can be treated in time.

Ayurveda treatment for chronic disease depression believes that the depression is caused by Khapa disbalance in the body and sometimes by pitta disbalance. For that, the first approach is to take light foods that do not further disbalance pitta and Khapa. People need to have a sattvic diet also, as the tamasic food and rajasic food provoke restlessness further.

The easy method of Panchakarma therapy specializes in making the mind calm and healthy. In this technique, ayurvedic medicines are passed down to the body from inside of the nose pipe. The main objective of Nasya is to clean the body from toxins that get accumulated over time. These methods calm the mind and help to cure depression and other conditions.

To battle, in a condition like depression the individual also needs to practice yoga and meditation as it calms the mind. Using this Ayurvedic condition one can once again be in control of battling the chronic disease depression.

Obesity is the condition where the body has accumulated too much fat. Many people only see obesity as a beauty perspective and get rid of it because of that. However, not for beauty purposes, obesity is bad from a health perspective and is a severe chronic disease. Currently, due to fast food and unhealthy foods, many are the victims of obesity. Obesity itself is not harmful as a chronic disease, however, but opens doors for another chronic disease. Such as heart conditions, breathing problems, and other severe conditions. Obesity has become more common and is more dangerous than we care to admit.

The first step of obesity control through Ayurveda is the regulation of food. One should not eat processed food from outside and should only focus on natural food. The main reason for obesity in most cases is due to behavioral habits, food and lifestyle so follow them. Practice yoga and meditation drink Ayurvedic medicines like honey, green tea, lemon tea, etc. If this also does not remove fat inside the body, then obesity is due to the presence of Ama in the body. It is a kind of toxin present inside the body that one needs to get out.

Ayurveda has various methods to get the Ama out of the body. The most effective way is Aampachana. It is a technique that gets rid of the Aam in the body. Aam is not the source of only chronic disease obesity but can cause other disorders to the body. There are various detoxifying processes like Ayurvedic medicines, Aampachana, therapy to get Ama, and obesity in control.

Hemorrhoids are swollen veins in the lower rectum. These swollen veins can be very irritating and painful. It is a condition where the veins may be swollen for various reasons. It is caused by excess strain and pressure during bowel movements. The condition is very irritating, painful, and shameful as it is located on complex and private body parts. Hemorrhoids are temporary and last weeks. However, in some cases the swollen veins become permanent, and it becomes a chronic disease. After becoming severe bleeding from the veins also may be common.

The best medication for chronic Hemorrhoids in Ayurveda is the Kshra karma. It is the process where Kshra paste is applied to the swollen veins that bleed during strain and bowel movement. It is considered one of the best techniques due to its effectiveness and proven results.

Kshra paste is a special type of paste that is made by the combination of Ayurvedic herbs in a special manner. The paste is alkaline and is a blend of many herbs. Cauterization of the wounds is one of the biggest specialties of the paste. The paste is applied inside the rectum with the help of a proctoscope. After applying the paste will cauterize the wound and prevent further pain and bleeding.

There are many methods of curing the chronic disease of hemorrhoids in Ayurveda, which are effective in their way. However, the permanent and most effective solution is the diet itself. Have a balanced diet and stay away from spices which make the bowel movement more stressful and pressurizing. Eat lots of fruits and vegetables that are rich in fiber.

Asthma is a chronic disease where the airpipes get narrow for several reasons which cause difficulty in breathing. Asthma is a profoundly serious condition where the airways get narrowed for several reasons like swelling, producing extra mucus, and other factors. It is an extremely dangerous condition where the person finds it very had to even breathe normally. The most noticeable symptom in asthma patients is the shortness of breath with few walking or physical exercises or the whistling sound produced by the airways of the patient during breathing.

Asthma is the end condition where the few spaces in the air pipe make it difficult to breathe. However, many factors can contribute to be the reason of asthma in an individual. Genetical conditions, an occupation involving long-term exposure to gas and fumes, are some of the causes of Asthma.

The first thing that needs to be known about Asthma is that it cannot be cured immediately, it needs a long time to be cured and needs to be done gently and manually. Ayurveda provides a wide range of cures for the patients of Asthma. The first step of curing asthma by Ayurveda is strengthening the muscles around the airpipes and strengthen breathing. This can be done by breathing exercises like pranayama and other yoga activities.

Ginger, garlic, Turmeric are some of the herbs that also aids in relief against asthma. They can be consumed via tea or another process. If their vapor is inhaled through the nose while boiling them in water, the vapor can ease the swollen muscles in the air paths. This will give big relief to asthma patients.

Another method that is adopted Ayurveda treatment for chronic disease Asthama is the circulation of herbal medicines for cleansing and promote healing.

Migraine is a condition where an individual feels a severe pain in the head that lasts from hours to days while increasing the light and sound sensitivity of the individual. Migraine is not that dangerous compared to the other chronic diseases study shows that.

However, migraine severely diminishes the quality of life and the lives of others around the individual. The actual cause of Migraine has not been detected yet, the factors like stress, environment are some of the factors that enhance migraine conditions. There is no perfect cure for migraines, in modern medicine the best one can do is learn to live with it and control it.

Ayurveda treatment for chronic disease migraine offers a range of alternatives to conquer migraines. However, one of the best things can be done by oneself. Managing a peaceful environment without disturbing sound has been found very much helpful. Furthermore, meditation and yoga are also the pillars in Ayurveda that aid to ease migraines.

Another most used Ayurvedic treatment for migraines is the Nasya therapy of Panchakarma. Nasya is effective for all types of head and mental-related problems that get enhanced by stress and pressure. The special herbal liquid is passed through the nose to do this process. Even the nasya process is same for depression and migraine, the point we should be noted that even it may look same in the surface the techniques and herbal ingredient varies. The ingredients also may vary from person to person treating the same chronic disease, that vast is Ayurveda techniques.

Drinking pathyadi kadha is another ayurvedic remedy for the chronic disease of migraine. Pathyadi kadha is made by boiling the plants with herbal properties to create a concentrated medicinal liquid. This special medicinal liquid specializes in curing head-related problems, especially migraines. A few spoons of this kadha a daily is enough to bring back the migraine in check and living migraine unaffected life.

Hope you love the article Ayurveda treatment for chronic disease and hope it helps to cure your chronic disases lasting from long.