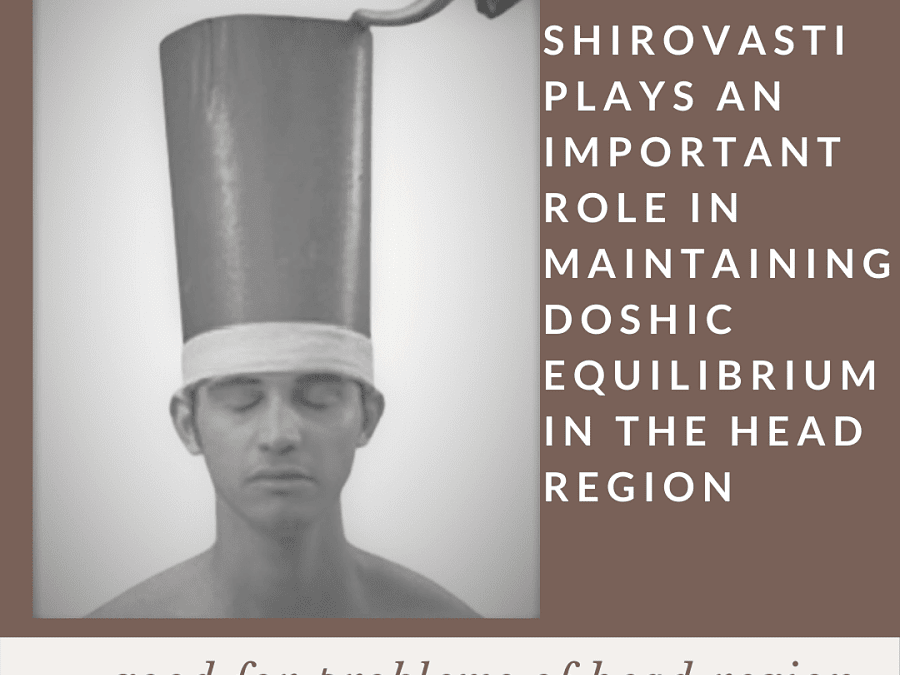 Ayurveda is an ancient medicinal practice developed in the Indian sub-continent with its origins dating back to nearly five thousand years ago. Within in this period Ayurveda progressed with addition of different medicinal information and therapeutics derived from its own principle.

Shirovasti is one of such therapies. With the surge in the demand of alternative medicine therapies such as Shirovasti has garnered importance in recent times both for therapeutic as well as relaxation purpose. From ancient times Nepal has been influenced by Ayurveda system of medicine and hence therapies like Shirovasti in Nepal are commonly practiced.

The word Shirovasti is made up of two different Sanskrit terms Shiro and Vasti. Shiro means ‘head’ while Vasti has got different meanings but in this context it means ‘to hold’. So literally Shirovasti means to hold something on head and therapeutically too specific medicated oil is hold on the head.

Due to the significance of head region Ayurveda derived therapies for management of ailments related to head region. These bunch of therapies are included under the heading of Murdhini Taila. Murdhini Taila is basically the oil therapies practiced in the region of head.

Shirovasti is one of the four therapies that falls in the category of Murdhini Taila. Shirovasti is described particularly in the Ayurveda classic Ashtanga Sangraha and Hridaya. These texts have decreed Shiro vasti as the most effective therapy amongst the oil therapies used in the head region

Shirovasti therapy is useful in providing adequate amount of nourishment to the region of head in case of Tarpaka Kapha deficit. Along with this, it is also helpful to alleviate the effects of aggravated Prana Vata and Sadhak Pitta, the otherdoshic component present in the head region.

A session of Shirovasti may last as long as an hour and usually recommended for a period of week for obtaining effective therapeutic results.

Ayurveda system of medicine is the indigenous to Nepal. Before the introduction of modern medicines, all modes of treatment were done through Ayurveda. Ayurveda is still prevalent in Nepal and hence therapies based on Ayurveda are also being practiced. Due to this reason, practice of Shiro vasti in Nepal is also commonly found in various Ayurveda clinics and retreat homes.

For gaining maximum benefits from the oil therapies in the head region, Shirovasti would be the best choice. You can manage most of the problems of head region including headache, hairfall and even mental stress with Shiro vasti. And if you are planning to Nepal, do not miss to get the wonderful experience of Shirovasti in Nepal. Please drop your inquiry to book shirovasti with us: book now