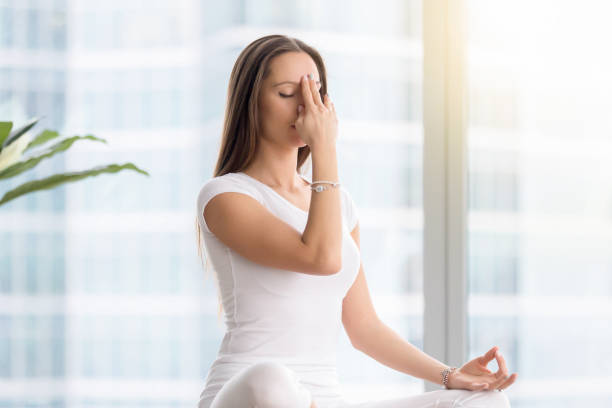 Yoga, Meditation, Ayurveda are the ancient healing system of ancient sub-Indian continents. All these techniques have their function process, bases, and all sorts of things. The common thing that exists between all these techniques is that they all have unparalleled advantages to the human body physically, mentally, and spiritually. Another common thing between them is that they all originated in the ancient Indian sub-continent.

Meditation, Yoga, Ayurveda are the front effect of what we see on the top, their motive to balance the internal and cosmic energy that flows within us. When the energy gets disturbed our physical, mental, and spiritual health diminishes, while when the energy is balanced our health returns to normal. Nadi Cleansing is the process to ensure the efficient flow of energy inside our body, which also makes us healthy at the front and the surface level.

The first question that arises is what is Nadi?

According to Ancient Sanskrit, Ayurveda, and Yoga scriptures, there is more to than just our physical being. While we only see and feel our physical part, we are much more than that. We have a soul within us that is driving our body and we as individuals are soul rather than the bodies that our soul drives. Prana flows in all parts of our body (Pran is the life energy that flows to make us alive, it cannot be seen or touched but can be felt without which no living being can be alive).

Prana the life force flows in our body in a specific pathway which we in Sanskrit call Nadi. Nadi exists all over the body, thousands of Nadi are scattered around our bodies. There are various texts in various books that say the number of Nadis, but various texts say the countless number of Nadis. Shiva Shamita, one of the most authentic and popular ancient yoga books says that there is a total of 350000 Nadis in our bodies while some sources say that there are lesser than that.

These enormous numbers of Nadis all exist all over our bodies. However, some parts have higher concentrations of Nadis than others as some parts need more life energy to function. Parts like the heart, eye, brain have more Nadis compared to other body parts. To get a clear picture of how Nadis function they can imagine they function as the blood vessel. They are all over the body, are the essential or the source of life itself, are in enormous number but instead of the body, they circulate the life energy (Pran) all over the body.

When the Nadis converge to a point they appear like a spiral form of energy, and we call it Chakra. Seven chakras in the human body start from the head to the base of the spine.

Nadi is a path from which the life force flows all around the body. Like every path, Nadis can be blocked or obstructed. So, what happens when a Nadi is blocked?

For example, Gandhari Nadi is in the left eye of the body. If Gandhari Nadi is blocked, then you will feel that your left eye is not functioning properly and will face illness related to it from severe to minor depending upon the level of blockade.

What to do if Nadi is Blocked?

The blocked Nadi can be opened through the process of Nadi cleansing.

Some of the methods of Nadi cleansing are as follows:

Asana is the general term is the body posture. Asana is sometimes in Sanskrit also regarded as a place to sit. However, in yoga, meditation, and Nadi cleansing the term asana means posture and positions. There are thousands of asanas that are described in yoga and meditation. Thousands of specific poses have thousands of various purposes.

Blood is an especially important part of our body. Without blood, no living beings can be truly alive. An average adult human has 1.2 to 1.5 gallons of blood in their body. We have blood flowing from head to toe in our bodies. The heart pumps the blood by which blood gets to all parts of the body.

When the Nadi is blocked the blood circulation cannot happen properly which disbalances the chakra. Nadi cleansing through the process of asana can be done. This type of Nadi cleansing cleanses the blood completely.

Pranayama is the use of the air element of the body to enhance the overall performance of the body. Air is the subtle life of all of us. Without air, we cannot even live for a few minutes. Nadi cleansing through pranayama is very efficient. We continuously must breathe in and out to be alive. Air is also associated with prana, the life force within us. That is the same reason sometimes air is also referred to as the Pran Vayu.

There is another reason Pranayama is the best for Nadi cleansing. As we mentioned earlier, Nadi’s concentration at some parts of the body is higher than others. The respiratory organs from the nose to the chest region have a higher number of Nadi concentrations.

So, a higher number means the blockage will have a higher impact on the overall functioning of the body. Nadi cleansing through pranayama will yield higher results of efficiency and better chakra control due to this very reason. Nadi Sodhan Pranayama is one of the best forms of Pranayama for Nadi cleansing. It translates in English to a Subtle energy clearing breathing technique.

Mantras are the special verses and sound that is said to possess mystical energy. It is a Sanskrit word. Mantras are the verses that worship or belong to the deity, special force of nature, or anything similar which possesses a high amount of positive radiance. Mantras are also used for Nadi cleansing.

It is said the sound and the vibrations that are created by the mantra are used as the medium of Nadi cleansing, removing blockages and maintaining the right and correct path of Nadi for energy flowing all over the body.

Bandha is a Sanskrit word and when translated to English it means lock but in Nadi cleansing and yoga, it means much more than that. Bandhas in the process of using energy seals and locks or speaking more clearly forming the energy bond to achieve various things.

There are many types of Bandhas with specific purposes with some being capable of Nadi cleansing also. Jalandhara Bandha Mudra is one of the most famous and powerful types of bandhas that could clear chakra and Nadi cleansing.

Mudras are the specific gestures and seals that are said to have the ability to heal the body in many ways. Most of the mudra is limited to the plan and the fingers. Many mudras range to help the physical body to the mental body and spiritual body. Mudras are used for Nadi cleansing also. Surya Pradarsh ani Mudra is a type of Mudra, that is used for various Nadi cleansing as well as chakra balancing.

The stomach is the core of the energy of the body. The food we eat gets stored in the stomach and slowly the body processes the energy out from it. The stomach is also the center of the collection of Nadis and chakras. All the chakras of the human body lie linearly from the top of the head to the base of the spine.

Technically Kumbhaka is a method of pranayama. However, in Nadi cleansing, it is regarded as a separate technique as it tilts away from the typical pranayama practices. Kumbhaka is the process of presentation of breath. The process of Kumbhaka involves pausing the breathing process either after exhaling the air outside or by inhaling the air inside of the body.

First choose by which way you are going to practice kumbhaka, either by inhaling or by exhaling. Then do the process by inhaling the long breath or exhaling a long one emptying the lungs. Then try to remain without breathing as long as you can and then let go. There is no time duration for how long you must do so one can do as long as they can and that is enough.

Sat kriyas are activities that have a massive positive impact on the body and are used for healing and rejuvenating the body. In total there are six of these activities, and they are collectively called Sat kriyas. They are used as a way of Nadi cleansing and are very effective.

The following are the six sat kriyas used for Nadi cleansing: