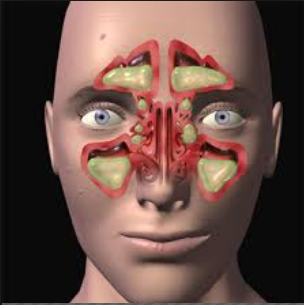 Sinusitis is a disease that many of us get in our lifetime. This disease is not so serious and does not arise any serious concern if treated right. However, this can cause some complications if left untreated. There are various remedies of sinusitis in both the medicinal and ayurvedic fields.

Since sinus has been with us for a long-time other civilization also have developed various ways to get relief from pain and condition. Severe colds and some other conditions can cause sinus and a series of pain and unpleasant moments. There are several remedies of sinusitis in Ayurveda, alongside remedies there are some ways by which the pain can be diluted also.

In remote locations, people still use various herbs and elements found in nature to heal them. Surprisingly most of them also work. However, the practices of Ayurveda are different from these processes as well as similar. Similar in the sense that it uses medicinal herbs and plants to heal humans. Different in the sense that Ayurveda is very vast and uses multiple herbs or plant parts in various ratios to create various medicine for the process of healing.

Ayurveda is much detailed and very vast. Some people spend their entire life mastering the practices of Ayurveda and even that is not enough. According to some scholars, various fragments of important knowledge of Ayurveda have been already lost to time and what we may have been incomplete knowledge of what our ancestors used to practice.

Sinusitis is more of a condition before anything. The swollen passages create a blockage and the one suffering from it will also feel pain. In severe conditions of sinusitis, it becomes difficult to treat and may cause certain complications.

Jal Neti kriya is the ultimate remedy for sinusitis in Ayurveda. It is one of the six sat karmas and is used for various purposes. It is one of the best remedies of Sinusitis. In this process, warm water is poured through the nostrils. The warm water acts as the remedy of Sinusitis. Also, this technique is used to free naval passages from dirt and pollutants. Also, it provides relief to the mind.

How to perform Jal Neti Kriya, the remedy of sinusitis:

The first element required for this remedy of sinusitis is the Neti pot. It is a special pot that is designed for this purpose. Its main feature is that it has a long, small nozzle for the outlet of the water and can be easily put inside the nose. The pot is also not that big and can be handled easily.

The second element is warm water and a bit of salt. The water should be in proportion to the temperature of the body, not too warm or too cold. The salt is mixed in the water. The ratio of salt to water is one teaspoon of salt to a half-liter of water. If during Neiti if the water burns the passage, then the salt in the water is too high.

The process of Jal neti Kriya remedy of sinusitis:

First, stand still and hold the pot in one hand. Slightly tilt your head in either direction. Then from the pot power water to the nostril at the upper part. Do this without the leakage of water. Do not let the water pass through the nose to mouth. Tilt your head in such a way that the water passes from one nostril to another. After using half of the water of the Neti pot on one nostril so the same with the second Nostril.

Now is the time to dry the nostril. First standstill then, close one of the nostrils with your hand then breathe fast repeatedly from one nostril about 10 times and repeat same with another one.

This is an amazing remedy of sinusitis. This clams the inflated passages and also helps them to get healed. This process is easy and also can be done by oneself in the house.

Nasya is one of the Karma and is a remedy for Sinusitis. It is the process where various Ayurvedic herbal oil and medicines are passed through the nasal passages. Unlike the Jal Neti Kriya, one needs people who have practice and experience of this process to do as one needs to have a detailed knowledge of the herbs, medicinal oils, and medicines that are about to be used in this process.

Before this remedy of Sinusitis. The head and body are massaged, and relaxation is given to the body. After this, the one who is doing Nasya is given stem inhalation to make the nasal passage relax where medicines can be passed easily. Then they are kept in the seeing position with their eyes on the ceiling. Then drop by drop the medicine is inserted into their nostril. This medicine may consist of various ingredients like honey, various essential oils like Brahmi, olive, sesame, and other extracts from the herbal plants, ghee, etc.

This is also one of the best remedies of Sinusitis in the arsenal of Ayurveda.

Nasal stem Inhalation is the most widely used remedy of Sinusitis. Not just in Ayurveda practices but in all of the practices nasal steam inhalation is used as the medium to cure Sinusitis. In the medicinal world also the inhalation of the stem is an amazing remedy of Sinusitis. Ayurveda uses Ayurvedic medicines in the water to make the medicinal fumes that clam the inflammation and the swollen passages near the nose and brain.

In the process of stem inhalation first, boil water in a medium-sized bowl. When the water boils, get the bowl to the bed or other comfortable place where you can comfortably sit. Then put a drop of Ayurvedic mixture of the herbs like Camphor, basil, menthol, etc. Then put your head near the mouth of the bowl then cover your head and bowl with the same piece of cloth. Inhale the fumes produced by the mixture.

If you feel very uncomfortable because of the fumes, then come out of the blanket for a few seconds and again cover with a blanket and start taking fumes. Fumes will break down the mucus and also clam the swollen and inflamed nasal passages.

Using the stem remedy of Sinusitis should be done twice a day and even more than that if the condition is severe.

Drinking of the Ayurvedic mixture

This is also one of the best remedies of Sinusitis. In this process, one drinks a mixture which includes various Ayurvedic herbs and ingredients that help to heal the body and get easy relief very fast. There are hundreds of herbs in Ayurveda that have various properties. Also, to battle Sinusitis, one does not need the rare herbs that are hard to find.

There are various ingredients we can find in our kitchen or the shops near us that act as medicine for Sinusitis. To battle Sinusitis using the ingredients around us, one needs to have the proper knowledge about the herbs and their medicinal characters. If one has that knowledge, then they can easily battle sinusitis in their home by themselves. Basil, mint, ginger, cloves, honey are some of the many ingredients that can be used to make the mixture that will aid you to heal sinusitis.

Process of making the mixture

The process of making the mixture mainly depends upon the amount and quality of mixture you are making alongside the ingredients you have for making the Ayurvedic mixture. However, the proportion with its ratio to water may remain the same no matter the amount of the mixture.

Either they can create 5 6 glasses if it put it in a vacuum flask and drink it from time to time for the entire day. Also, if they are at home, they can make the mixture every time they need to drink, and it is best.

First boil one or two glasses of water. While boiling add one or two spoons of honey, one-two leaves of the basil plant, two three small pieces of ginger, and other similar herbs if you have any. Boil for some time and the mixture is ready. The herbs in the mixture strengthen the body from the inside and most of them have warm properties. Meaning if one got sinusitis due to cold the herbs are going to heal it.

Nasal inflammation is the first thing that happens to your body when you get sinusitis. It is very irritating and causes very discomfort to the person who gets it.

Discharge from the nose

The nose becomes runny. It is hard to separate the runny nose from sinusitis, by a simple common cold or any other factors. The only difference is that sinusitis may have a severe runny nose compared to the other causes.

Reduce the sense of smell and taste

Discharge of pus from the nose

Postnasal drainage is the drainage in the neck region. When the body produces extra mucus, it also gets inside the throat. This is very irritating and feels disgusting at the same time. Having postnatal drainage gives the desire to keep their throat clean continuously. Postnasal drainage also triggers a cough which is extremely uncomfortable while sleeping.

Swelling of the forehead and outer nose

During cases of severe sinusitis sometimes the swelling can be noticed on the forehead as well as the nose part. This happens when the condition gets worse. The swelling past also pans when touched.