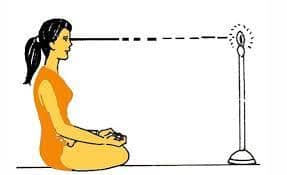 Eye has been considered superior amongst the sense organs by Ayurveda. You believe in what you see, rather than anything that you hear or taste or feel or smell. Eye has been regarded as the best tool to acquire knowledge. In this article we  suggest you and Ayurvedic eye care method.

It is sometimes considered as the driver of mind. Information on prevention of eyes can be found in dispersed in texts of Ayurveda. Here we have managed to bring them at a single plae 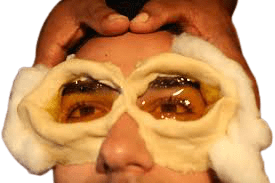 One method of Ayurvedic eye care is Netra Sinchan. In Dinacharya (daily regimen) recommended in Ayurveda texts, the method for performing netra sinchan has been stated. One should fill up his mouth with water in the morning and then sprinkle cold water on both eyes.

This action has been recommended at the end of brushing of teeth, so ‘filling up of mouth with water’ has been suggested in the texts. Netra sinchan if followed daily:

Sauviranjana is a sulfide mineral and is also known as stibnite. Rasanjana is prepared by concentrating the mixture of decoction of Daruharidra (Berberis aristata) and milk. These collyrium are to be applied externally on eyelids from medial canthus to lateral canthus.

Collyrium has been advised not to be used during daytime. Because of its searing and piercing effect collyrium would stimulate secretion from eyes and it would further aggravate during daytime. So collyrium should be applied during night.

Next method we sugget in Ayurvedic eye care is Tarpan. Tarpan is meant by nourishment. In Ayurveda, this therapy is considered as the best therapy in providing nourishment to eyes.

In this therapy, an enclosure is built around the eye and medicated ghee is poured in it. The person has to hold the medicated ghee for nearly 8 to 10 minutes.

In a healthy person tarpan has to be carried out on interval of two days. If used daily, it may aggravate kapha and invite various diseases in eyes.

Ghee is considered as one of the most potent medicine and mediator in Ayurvedic eye care. Ghee has been recommended mainly for balancing pitta in the body. Eye is the seat of Alochaka pitta. The imbalance in this pitta causes various ailments of eye. So daily intake of ghee helps to maintain the pitta equilibrium in eye.

Besides, the unctuous property of ghee prevents dryness of eye. It helps in nourishing the lipid content of the eye. It provides strength to extra ocular muscles and helps in fine movement of eyes.

Ghee can be introduced in the body by local application as in tarpan or as eye drop, via oral and nasal (nasya) route for caring of eye. Potent medicated ghee by the name Maha-trifaladi ghrita  is highly practiced for management of eye ailments.

Widely used Ayurvedic eye care medicine, famous for relieving constipation, many may not know that Trifala has been indicated as best medicine for eyes in the texts of ayurveda.

Its decoction can be used for the purpose of washing eyes and providing tarpan.

Abhyanga a Method of Eye Care Through Ayurveda

Abhyanga or oleation is an external method of providing nourishment to body. Although oleation should be done on whole body and daily, but for the benefit of eyes foot oleation has been recommended in particular.   Ayurvedic Oil massage of head has also been suggested for proper nourishment of sense organs including eyes.

Tratak literally means to look or gaze is also considerd as great Ayurvedic eye care method. It can be practiced on any objects but it should not be too bright so that it would affect the eyes and it must be something where one can focus steadily. Mostly used object for this therapy is a burning candle. If someone is suffering from any kind of eye diseases, then a black dot on the wall can be used to perform this therapy.

Tratak should be performed in a calm and silent environment. Best time to perform this therapy is during dawn and dusk, but for therapeutic purpose it can be practiced before sleep.  The maximum duration for this therapy lasts for 10 to 15 minutes.

In one continuous session, the chosen object should be gazed without blinking eyes until the tear rolls out of the eye. Then after, eyes should be closed until the viewed object in closed eyes disappears.