How to choose your best tea for your disease? 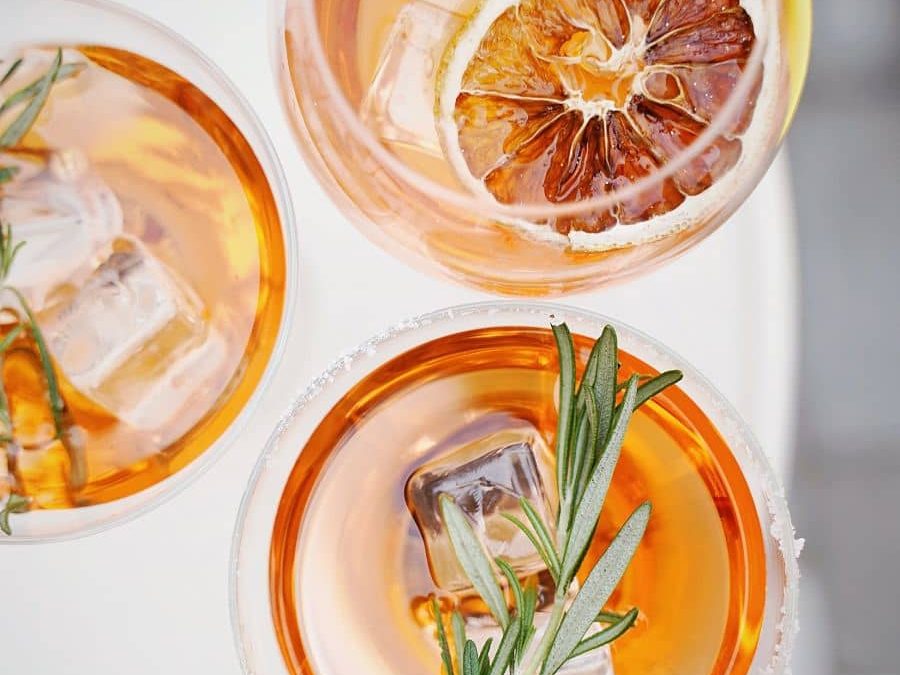 How To Choose Your Best Tea For Your Disease?

Especially, people of some countries consumed a massive amount. Some consume it even 3 to 4 times a day in various flavors. It is their favorite beverage. People of other countries also consume it the market of tea is ever-growing. The highest consumer of tea in Turkey, with one person consuming 6.96 pounds per year. People are very much fond of tea, and many have their version of the best tea that they drink for taste or disease.

Tea is the pouring of hot water into the leaves of Camellia sinensis or commonly is known as the tea plant or some herbs other than tea leaves. Tea is believed to be originally invented in China, where people consumed it like that. In time the technique of tea permeated to the neighboring countries and into the world slowly. With the passage of time, various flavors and techniques to drink tea were invented.

Looking at the entire world there are so many flavors and varieties that even the greatest tea lovers never heard of or listened to. There are some so refined tea varieties and special tea leaves that the tea made from them costs very high. Such has world adapted from the beverages.

Tea above everything setting aside the role of taste also became famous for its health benefits. Tea is rich in antioxidants and gets relief from various conditions or even diseases. The tea was in ancient China used to be consumed as herbal medicine.

They also used to add other elements in tea to increase the efficiency of its healing power. This method of using tea as a method to relieve disease also has been passed to the world by China. The technique has been more refined now more than ever as more herbal medicinal experts got immersed in it. It was the best method to heal as people were getting healed using their favorite beverage. However, the question is how to find the best tea for one’s disease.

There are many teas which are best for various disease, some even with multiple properties. One just needs to find the best tea.

Here is the best tea for some diseases:

Cinnamon tea is one of the best teas for different diseases likeneck pain, weight gain, low immunity . It is effective for various things and people consume it for various health benefits.

Cinnamon tea is prepared by boiling the small fragments of cinnamon in plain water. It is the best way to consume it. While some people use Cinnamon powder with tea leaves or other ways in regards to their own taste and method.

Cinnamon is considered the best tea for pain in the neck. It may not be beneficial for the neck pain due to injury outside but beneficial for the neck pain due to bacterial infection or the cold. Cinnamon is said to have anti-bacterial properties that reduce the pain caused by the bacteria in the neck. It also has warming properties that keep the body warm. If neck pain, weight gain, low immunity is your problems cinnamon is the best tea for you.

It is one of the best teas considering both the taste and health benefits. Honey Lemon tea is consumed for various benefits to the body. Honey and lemon both separately are very healthy foods with numerous benefits, however, when they work together, they maximize the results.

Honey Lemon tea is prepared by squeezing lemon and putting a spoon of honey after boiling the water. There is no limit to how much needs to be consumed, but one should themselves determine how much is enough for them. Generally, a piece of lemon and a spoon of honey are enough.

Honey lemon tea is the best tea for various diseases and conditions. Mostly it is consumed to cure a common cold. Common cold may not be life-threatening but is a very irritating and pesky disease. Lemon provides vitamin c to the body to fight common clod while honey keeps the body warm. Honey lemon tea is also the best tea for other things, it makes skin glow, helps is weight loss, reduces toxins from the body, and many more.

Chamomile is a small flower with small white petals and a yellow core. It is considered one of the best teas made from herbs. It is extremely healthy and contains multiple benefits. There are a few reasons to try it if you have not tried it already.

The flowers are first sundried. The complete flower is plucked out and sundried. Then just boil water and put the dried flowers there and boil for some time. Easy as that and your medicinal tea is prepared. People also add some flavors according to their taste like mint leaves, tea leaves, sugar, and other things. One can do as they please.

Chamomile tea is considered the best tea for those who are having sleeping problems. Unable to sleep, sleeping disorder chamomile tea is there for the rescue. It induces deep relaxation into the body of the sleep-deprived people that eases their condition and aids in better sleep. People consume it sometime before sleeping to aid in better sleep.

Ginger and turmeric are the two medicinal ingredients that are available in the kitchen. They are very important ingredients of the kitchen due to their spicy nature and medicinal properties. They make the best tea to help with various conditions.

First, cut small pieces of fresh ginger. If you want, you can crush the small pieces of ginger lightly. Then boil the ginger into water then after some time put a little amount of turmeric powder in the water. After this boil for a few minutes and ginger turmeric tea is prepared.

It is the best tea with numerous properties, both are very beneficial things. Primarily this tea is used to cure sinus infections. This also happens when the common cold gets worsened. Turmeric and ginger first ease the pain, their smell that goes inside the nose helps to get down the swollen tissues and parts. This tea also helps to fight cold, and problems related to cold and keeps the body warm and efficient.

Mint is generally used as a flavor in foods. However, this multi-purpose herb can be used as tea also. Mint tea is famous for its ability to ease various conditions.

First, boil the water then put the leaves of mint in the water. Boil the water for few minutes then your mint tea is ready to be consumed.

Mint smells very nice and some people love its smell. However, mint also gets relieved from the problem of gas. Drinking this tea helps to fight the gas problem. The gas problem can be very irritating and painful sometimes. Many medicines fail sometimes to cure the problem of gas. However, mint tea is an herbal medicine with no side effects and proven long-term benefits.

Green tea is made from the famous camellia Sinesis which is commonly known as tea. However, it is very different from the black team that we consume. Green tea is the bud of Camellia Sinesis that has not gone through the process of oxidization and the same withering process. Due to this the tea is said to have various herbal properties and is considered the best tea for various diseases.

If you have access to the plant of Camellia Sinesis then you can directly use the fresh leaves from the plant and boil them to prepare green tea. However, it is also found as a packed product from various companies. So, you can just buy and use it.

Green tea is the best tea for various conditions. It is most known for its ability to make the skin healthier. The skin gets very clear and shiny after the continuous consumption of green tea. Green tea makes the pimples in the skin go away. Green tea also aids in weight loss and getting the perfect toned healthy body.

Basil is considered the holy plant by the Hindu peoples. The Hindu peoples keep a basil plant in their house to worship. Aside from being a holy basal plant is very healthy and makes the best tea. Its tea is very popular as a medicinal tea.

Pick the fresh leaves of basil and boil them in water for some time and then basil tea is ready. People also sundry the basil leaves and later use the dried leaves when the winter season comes and the basil plant withers away. Just put the leaves and boil for some time.

basil tea is considered the best tea for various reasons. Basil leaves have various properties and contain many antioxidants. This is the best tea to get stress-free and promote relaxation in the body. Basil tea is also used to boost immunity and fight various diseases.

Ginger is a popular spice in the kitchen, many may not know but ginger also has medicinal properties which make ginger tea one of the best teas. Our ancestors used this herbal tea for various conditions and diseases. This was very beneficial because it was easy to find and had various medicinal values.

It is one of the best teas there is. The tea is used to get rid of headaches. Pain in the head due to migration or stress can be relieved by drinking ginger tea. The tea also can be used to keep the body warm and energetic.

Cardamom is one of the costliest and beneficial spices there is. Due to its value and benefits, farmers are very inclined to cardamom farming. Cardamom tea is also very beneficial and has many medicinal properties. Cardamom is harvested then sundried for some time before it can be used as a spice.

Crush the sundried cardamom pods with something heavy or crusher. Then boil it into the water for some time. After some time, cardamom tea is prepared.

Cardamon makes the best tea there is from a medicinal perspective. Cardamon tea has various health benefits. The topmost benefits of the tea may be promoting good digestion and maintaining good heart health. It is also known to improve oral health and promote weight loss and a healthy body.

Rosemary is a small shrub that has little pointy leaves. The plant is native to the Mediterranean region and is a multipurpose plant. The plant due to its pleasant smell used in making perfume and used as condiments due to its various health benefits as well as a pleasant smell. Rosemary leaves are also used to make rosemary tea.

Boil a cup or more water that is to be consumed as a tea. Then add a tablespoon of loose rosemary leave into the water, boil it for some time and rosemary tea is ready. If one wishes they can also add some flavor in the tea-like other herbs, lemongrass, honey, etc.

Rosemary tea has numerous benefits that make it one of the best herbal teas one can have. Rosemary is known to be anti-bacterial and having antioxidants also in it. It is also known to help to keep blood sugar in check. Rosemary also increases the working efficiency of the brain making the mind calm and stress-free. Another property of Rosemary tea is that it promotes the vision of the eyes. Continue consumption of the tea may improve bad eyesight also.