How To Create An Environment For Yoga In City 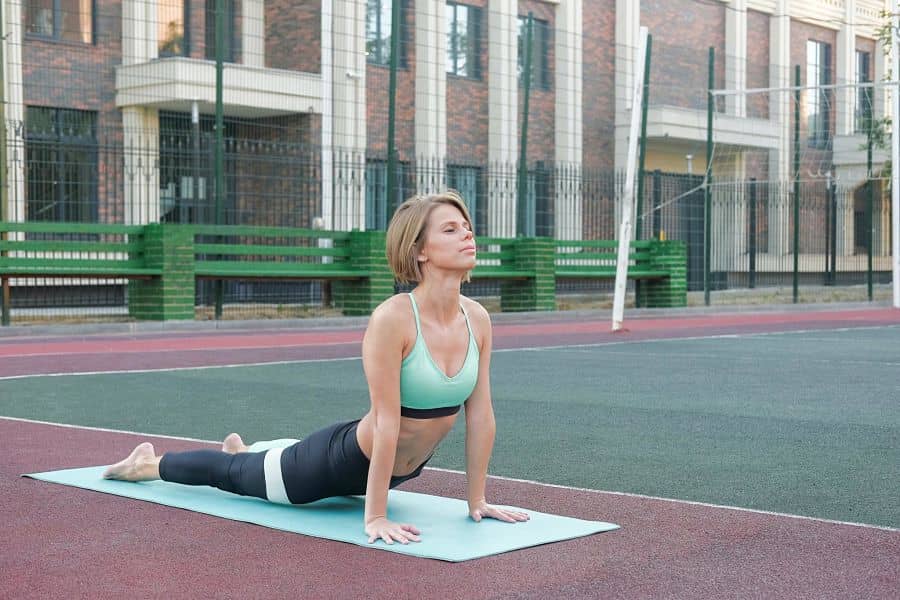 How to create an environment for yoga in city

Yoga is a method of a healthy lifestyle that is gaining aEnvironment For Yoga lot of popularity today. People who are conscious about their health and want to have a healthy life in midst of a busy schedule are more inclined to it. These mostly consist of simple techniques that with some practice can immediately do. However, people are concerned about how to create an environment for yoga in city.

Yoga is the set of postures and other activities that are done to achieve certain benefits for the mind, body, and soul. Originated in the ancient sub-Indian continent, due to its multiple benefits are now have migrated to the various parts of the world. Yoga almost touches every sector from the body to mind and spirituality, that is why it is so popular and everyone who is health-conscious wants to try it. Yoga has also much diversified with the passage of time and some techniques have gotten so integrated into some cultures and lifestyles that it is impossible to see them separately.

But the question is how the techniques of yoga survived so many years and are so popular. Why in this modern age also technology addicted people practice yoga.

The answer to this question is amazingly simple, yoga persevered because it is deeply connected to Hindu mythology. Hindu peoples believe that yoga was taught to humans by Mahadev himself. Aside from that the benefits of yoga can be seen by oneself. After a few months of being immersed in yoga, one can feel the change in their body, mind, and spirit in a positive way.

1) Creating a clean and tidy environment

The first step of creating an environment for yoga in city is to make it clean and tidy. Yoga works best in a peaceful and clean place. There are a reason yoga centers, yoga retreat classes, yoga training centers are located at the edge of the cities where one can connect with nature.

The ideal environment at the city edges cannot be created, however, the condition of a city can be enormously taken onto the right track to creating an environment of yoga in the city. The city needs to be cleaned and the community can contribute greatly. They can participate in cleaning campaigns around public places during the holidays and clean the surrounding around their houses from time to time.

If a few people are involved in the city cleaning process it will be hard, however, if increased people get involved it is not so much difficult. People also can make a budget for cleaning the surrounding area of their communities. By doing these activities people can take the first step towards creating an environment for yoga in city. A clean environment is not only good for yoga but also good for the physical health, mental health, and mood of the people in the city.

Yes, the city is a busy place where there are little to no spaces to plant trees and flowers. However, creating healthy surroundings with plants is a crucial step in creating an environment for yoga in city. The city and the communities living there may not have a lot of space to plant, but they can utilize the space they have to the maximum. Flowers can be planted at the edges of the paths. If one cannot lend a hand in these activities, they can do as much as to protect the plants they already have.

Also, the government allocates some budget for greenery in the city areas. It may not be viable for all areas, however where it is the locals need to be concerned about it. They can also help by becoming informative and getting involved. Maintaining a fresh environment with plants can aid a lot to create an environment for yoga in city.

3) Utilization of the public places and spaces

However, in the middle parts also there are spaces people can utilize, like public grounds, the grounds of monuments and temples, public parks, etc. These spaces are there so that the public can use those spaces for the betterment of the community. What better way to use these spaces than to use them for public health and welfare by creating an environment for yoga in city.

Public places also can be used as the place to socialize and get to know the community members. Yes, one can practice yoga in their homes there is absolutely nothing wrong with that. However, practicing in open places like parks and the environment has its benefits. Especially for old people, it becomes the perfect place to socialize and get to know people of the same age group. Using public places to create an environment for yoga in city is the best alternative which has amazing multiple benefits.

If one knows yoga that he/she can use that is great. However, the people who are interested but do not have access to the knowledge of yoga get into the dilemma of what to do. This is true for the old people who cannot get knowledge from the internet and other sources. However, some others also may fall under this category. To help their communities can create yoga teaching programs.

Tell others about your capabilities as a yoga instructor and help them learn. Furthermore, if one is interested in creating their career in the field of yoga, they can also start by sharing and teaching in their community.

Conducting a campaign is very beneficial for mass communication and evoking the involvement of the people. Running yoga campaigns in various parts of the city on various occasions is a great way to help create an environment for yoga in city. As a campaign people can organize marathons to send their message of yoga to the people. They can create pamphlets, distribute them about the importance and need of yoga in daily lives.

The goal of these campaigns is to encourage the people to get involved. This action in time will aid to create an environment for yoga in city. The idea of marathons and pamphlets are some of the ideas to run the campaigns. People can come forward with more amazing ideas to promote yoga and its importance in life.

6) Involvement of the youth

Youth are the pillars of the nation; no evidence can tarnish this statement. These types of community and city welfare programs cannot be completed without the involvement of the youths. When youth become aware of the need for yoga, then they will play a significant role in creating a yoga environment for the city.

Looking at our goal, creating a yoga environment for the city is a huge goal that needs active participation and help from many platforms of which youth is the highest. Youth holds a significant amount of power, but the key to success is the ability to mobilize the youths in such programs. A good strategy, combined with the spirit and power of the youth will surely make the environment of yoga for the city.

Likewise, the classic stars also have a profound influence on the people of their age group. These powers over the masses can be utilized in a positive way to achieve many things. There are many personalities political, social, and media who practice yoga daily and know about the benefits of yoga. The help of these people can be taken to immediately connect with many numbers of individuals. This in time will create an environment for yoga in city.

For the actions we will be taking to create an environment for yoga in city we need to involve the government as there may be certain permits that the government will provide. For running campaigns that may be on a huge scale or conducting other activities either the government needs to provide permits or assist the programs themselves. The governing bodies will be needed in other steps also, some in minor steps also. That is why the involvement of the local government is so critical for the environment of yoga in the city.

Yoga campaigns and yoga programs and yoga on a community scale or city scale are amazing steps for involving yoga in the lives of people and making environment for yoga in city. Growing together as a yoga community and city is something that is hoped and tried to achieve by the yoga environment in the city.

However, this also may not be possible for some. Some may have a busy schedule, some who are trying hard to fulfill his/her basic needs cannot get involved in the community programs. This is the harsh reality of some people in the city, despite wanting they cannot as they have other duties. However, this is acceptable and a solution to that. If growing as a community and a city is not possible then try growing as a family or an individual.

The city is composed of communities, communities of families, and families of individuals. The personal growth of an individual no matter how small the growth of the community is and in time the growth of the city. The amazing thing about yoga is that despite being so beneficial it does not need so much time if you know how to and is not difficult to learn if you want.

In little space also yoga can be easily performed with great efficiency if some are worried about space in the city. Try to grow as a family and even that is not possible try to grow as an individual. This also will help a lot in making an environment for yoga in city.