How to use yoga for liberation? 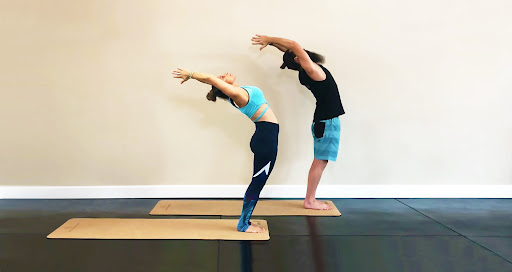 How to use yoga for liberation?

The action of getting free from imprisonment, oppression, or some sense of binding that hinders freedom is called liberation. Setting only the physical body free is not complete freedom, and liberation. We are not just physical body we are spiritual selves, and we also have our mental bodies. When we are free physically, mentally, and spiritually then only we have achieved the state of liberation. People have their way of achieving liberation. Some use knowledge and research, some use the power of meditation.

Yoga is an ancient technique that has been passed down for thousands of years. They are the combination of thousands of postures and possess. However, as many people assume yoga is not just posture and poses it is much more than that. It is the ideology and principle that are combined with the pose, postures, and exercise. Yoga is more a principle and ideology that needs to be accepted by the heart than physical exercise and postures.

It is believed that Lord Shiva in his Aadi yogi from passed down the knowledge of Yoga. There is also an interesting story behind the passing of the knowledge of Yoga to the humans from the gods. Lord Shiva appeared in the Adi yogi form and was seen practicing yoga, meditating, and dancing. It was the time when the creation was new and the time when gods lived on the earth also.

The people of that time had not seen anything like it. So, they demanded to learn it from him but Aadiyoga refused blatantly in their face. Some returned being disappointed and resumed their daily work. Some stayed to pursue him to teach, however in time all got disappointed and returned to their daily activities. Only the seven stayed there long enough to persuade Shiva to teach the secrets of yoga to them. Shiva accepted them on the day of Purnima. From that day onwards they became the first students of the world while Shiva became the first teacher. Even today to honor the holy relation between teacher and student guru Purnima is still celebrated.

In time the seven people who had learned Yoga from Aadi yogi traveled the world teaching yoga to the people who deserved to learn the technique. The same technique that was passed down by Mahadev (shiva) to the seven celestial sages was passed down to the other humans of the world and who in time passed the knowledge to their children and offspring. Like this, the passing of the knowledge continued from generation to generation and here we are now today. This is as per Hindu mythology.

Yoga is used for liberation and the ultimate state of liberation in yoga is Moksha. Through yoga when one achieves moksha, they have achieved liberation.

Moksha (Liberation) is the only state of true freedom described in Hinduism and Buddhism. It is a very vast subject with no fixed definition. Various things and topics include the topics of Moksha (Liberation) in these religions. We can say Moksha is the state one needs to be in, but there are many paths to Moksha and each one can choose their paths towards it. Among the many paths of Liberation, one is yoga and many people and sages have achieved liberation through yoga.

Krishna in Bhagwat Geeta also describes the way of achieving liberation through the medium of yoga. The ones who have achieved true liberation through Yoga can break the cycle of birth and death. It is believed that the same soul incarnates into the bodies of various species until and unless they achieve Moksha (liberation) and break the circle of life and death. It is the ultimate destination that every Yogi tries to achieve and uses their yoga for liberation.

They on this path of Karma yoga to Liberation do not worry about anything, they neither worry about the fruits their karma will yield nor the difficulty of the path they are going to take. The individual will only walk the path selflessly to the destination of liberation. Those who walk on the path of Karma yoga and whose destination is liberation, do not perform their karma because they will get something in return from it or someone is forcing them to do so. They will walk on the path of Karma yoga because of the very nature in them their very soul and essence desire to do so.

Bhakti yoga is the path of devotion and accepting the superior personality which is merciful and whose energy is boundless and endless. This is the devotion path of yoga for liberation. The one who walks on the path of Bhakti yoga accepts that there is a superior being who is the master of this universe and who lives in the very essence of the universe. From the minute atom to the giant star and celestial masses in space, the supreme being is present in each and everything. After, the acknowledgment of the superior personality Bhakti yoga tells to pledge their devotion towards the supreme personality n Bhakti yoga the individual who walks this path forms a special bond with the deity.

The deity is offered flowers, foods, offerings, and other rituals and worships. Also, on the path of Bhakti yoga to liberation, there is not necessarily the rule that the relation to deity should be that of the creator and the creation. If one wishes one can also form a friend-like relation with the deity of their choice. They can talk with them, present their wish to them, and ask them to guide them on the better way and better life. The Aatma and Paramatma by the way of Bhakti yoga forms a bond that is beyond caste, gender, religion and is even beyond the physical world itself.

Jnana yoga is also called the yoga of knowledge. This is the Gyan path of Yoga for liberation. Gyan is a very essential part of yoga for liberation. The one who masters this form of yoga can see the world in its true form and see through the Maya itself. Maya prevents the real image of the world and is the cosmic illusion. It is the barrier between this physical world and the Moksha (Liberation). Those who can conquer Maya and see through it can walk on the path of liberation and attain true moksha.

Bhagwat Geeta says that the world was created by the decision of the god. In the beginning, everything was one and each and everything was the formless eternal being with no boundaries. Then the being wanted to start the creation. Therefore, the being itself expanded into the creation and the universe itself. The life that is here is all the fragments of the eternal soul. There is and always was the connection between the supreme soul and the soul of every living organism. The one who can see beyond the Maya and re-establish the connection between the soul and supreme soul will attain liberation.

Janana yoga is not the intellectual knowledge where you have information about the world or know some technique or expert in a field. Rather than intellectual knowledge, it is a type of cosmic knowledge. Where one looks inside oneself to understand the entire world and the universe itself. Here one becomes immersed in meditation and sadhana and look inside oneself and find the piece of the supreme soul that sleeps inside of everyone. Once found the soul is awakened and reestablishing the connection with the supreme soul thus achieving liberation (Moksha).

Yoga and liberation/ Insight into yoga for liberation

Now lets us look at how yoga opens the door and helps to walk that path to liberation.

Moksha or Liberation is eternal freedom and eternal pleasure. There is no greater peace and pleasure than liberation itself. In the physical world, we are bound to the pleasure and satisfaction of the body. The food we feed is for the body, the pleasure activities performed are for the body. However, we are not just the bodies we truly are the soul and Moksha is the peace, satisfaction of the body and the soul.