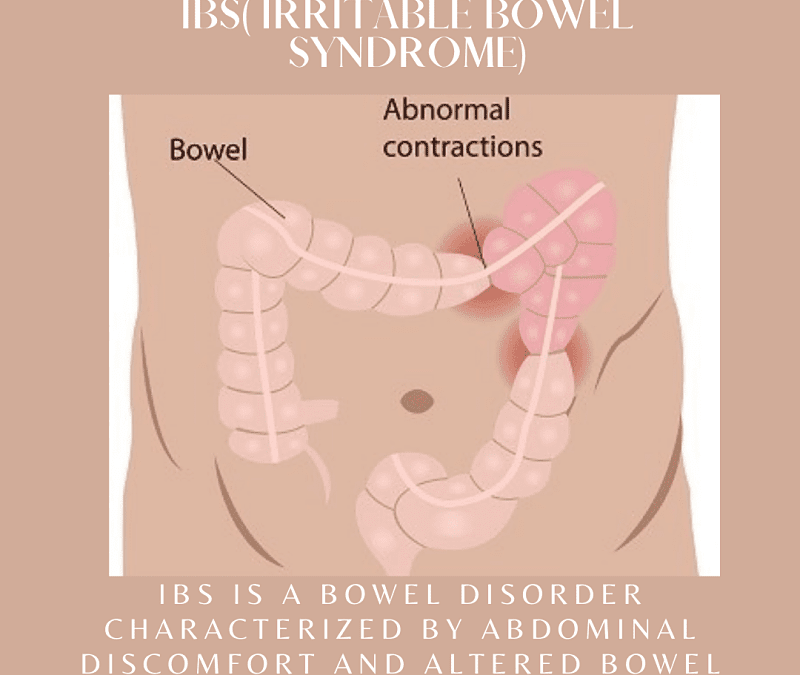 Irritable Bowel Syndrome or IBS is a bowel disorder characterized by abdominal discomfort and altered bowel habits. Around 10-20% of adults and adolescence of the world have symptoms of IBS. There are no significant diagnostic markers developed to detect IBS and hence the physician has to depend on the clinical presentation of the patient for diagnosis.

Abdominal pain is manifested with great variation during Irritable Bowel Syndrome. It is commonly episodic and crampy, but may also persist as a constant ache. It may be mild enough to be ignored or may hamper the daily activities. Pain is aggravated by eating or emotional stress while it is relieved with the passage of flatus or stool.

It is the most consistent clinical feature of IBS. The common manifestation shows constipation alternated with diarrhea. Most patients often complain of incomplete evacuation which leads to repeated attempts of defecation in a short period of time. Stools are usually hard with narrowed passing and sometimes may be accompanied by the passage of a large amount of mucus.

Abdominal distension and belching or flatulence are commonly observed in the patients of Irritable Bowel Syndrome or IBS.

The cause of IBS has not been fully understood but is assumed to be multifactorial. Some of the factors associated with IBS have been listed below:

An Ayurveda perspective on IBS

Irritable Bowel Syndrome is comparable to the disease called Grahani Gada described in Ayurveda. Grahani is considered as the seat of the digestive fire in our body. All the food materials we feed upon are hold in Grahani for digestion. When digestive fire becomes weak, partially digested and partially undigested food moves down in the GI tract producing Grahani Gada.

The Ayurvedic approach for treatment of IBS includes dietary regulations, oral medication and therapies if necessary.

According to concept of Ayurveda the first approach for treatment of any kind of disease is the withdrawal of causative factors. Viewing Irritable Bowel Syndrome / IBS from the Grahani Gada perspective, we can point out unhealthy dietary habits as one of the primary causative factor. Hence dietary regulation is a must for the treatment of IBS.

The following foods are likely to aggravate the symptoms of IBS and hence should be avoided:

Ayurveda has recommended the use of buttermilk in the case of Grahani Gada.

Ayurveda recommends removal of Ama and reinstating digestive fire as the principles of management of Grahani dosha which applies to IBS too.

Deepana (medicine helpful in igniting digestive fire) and Pachana (medicines enhancing the process of digestion) for dealing with Ama.

Other than these medications can also be prescribed according to the condition of patient for symptomatic management. Such as herbal laxatives in case of constipation and anti-diarrheal for the case of diarrhea.

Langhana therapy or fasting is recommendable in most cases of IBS. Other therapies including Virechana (purgative) and Vasti(enema) can be recommended in cases of chronic constipation observed in IBS.

Yoga practices include variety of anti-stress techniques within it. Yoga practices of asana and meditations can thus be helpful in relieving symptoms of IBS.