Ksharsutra In Ayurveda, the best solution of Fistula 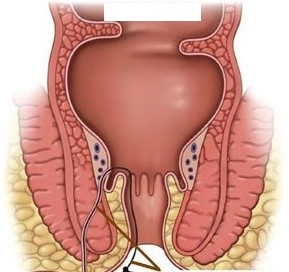 Ksharsutra In Ayurveda For Fistula in Ano

Ayurveda is one of the oldest medical practice prevalent in the world. During the course of time, varieties of concepts, medicines, therapies and techniques have been added to this practice. Amongst them is the Ksharsutra in Ayurveda is the prominent therapy for ayurvedic management of various ano-rectal diseases.

Ksharsutra is made up of two words ‘Kshar’ meaning caustic and ‘Sutra’ meaning thread. Generally, a Ksharsutra is a medicated thread prepared by soaking and drying a thread in a medium prepared from medicinal herbs bearing caustic properties.

History of Ksharsutra in Ayurveda

Amongst the three principal classical texts of Ayurveda, Sushruta Samhita mentioned the application of Ksharsutra in sinus, fistula and benign tumor. But the text didn’t describe about the method of preparation and application of ksharsutra in detail.

Later in the 11th century, great Ayurveda commentator Chakrapani in his book Chakradutta mentioned the method of preparation of ksharsutra in detail for the first time. The text tells that smearing a thin cotton thread in the latex of Snuhi (Euphorbia neriifolia) and powder of Haridra (Curcuma longa).

Although Chakrapani mentioned its application in cases of fistula in ano and hemorrhoids but the text still didn’t mention the procedures of application of ksharsutra in various ailments. It was not until the 20th century Prof. Prabhakar Janardan Deshpande and his co-workers reinvented the standard methodology of preparation and application of Ksharsutra in Ayurveda.

Whole plant of Apamarga (Achyranthes aspera / Achyranthes bidentata) are collected and burnt to obtain ash. The ash is then mixed in water and filtered repeatedly. The final filtrate is then boiled and dehydrated finally to obtain the white ash of Apamarga.

Alongside, latex of Snuhi (Euphorbia neriifolia) and powder of Haridra (Curcuma longa) are collected. Boubon wire of number 20 of significant length are tightened in a frame. These wires are then coated in order with latex-ash-latex-powder.

The threads containing frame is then left for drying in a special chamber. Once the threads dry, second coating is applied until 10 coatings are fulfilled. Finally, these threads turn into Ksharsutra. They are then released from the frame, cut into required length and packed properly.

How is Ksharsutra in Ayurveda applied?

The application of Ksharsutra varies according to the condition. Generally, in case of fistula in ano, after the track pathway of fistula has been identified, it is inserted into the track with the help of ductile metal probe and then tied externally. While in the case of hemorrhoids, the external piles mass is tied with Kshar sutra and the mass slowly degrades.

The tightening of the ksharsuta in Ayurveda techniques enhances pressure necrosis of the unwanted tissues. Thus the inflammatory granulomatous tissue in case of fistula in ano and external piles mass in hemorrhoids degenerate. This is equivalent to the property of Chhedana.

When the ksharsutra is placed in the fistula track, the cell debris are properly drained such that the source of infection won’t degenerate the healthy tissues again. Also as a matter of fact, Ksharsutra is an alkaline preparation and rate of infection is highly suppressed in an alkaline medium. This shows the Lekhan property of Ksharsutra.

Amongst the drugs used in the preparation of Ksharsutra, Haridra or Curcuma consists of comparatively large amount of anti-inflammatory constituents. This helps in fast healing of the tissue which can be attributed to Ropan property.

Ksharsutra in Ayurveda is probably the most effective therapy prevalent in modern times derived from the knowledge of Ayurveda. The reinvention of Ksharsutra has been proved to be a boon for modern day Ayurveda practice as well as for the management of various ano-rectal diseases.