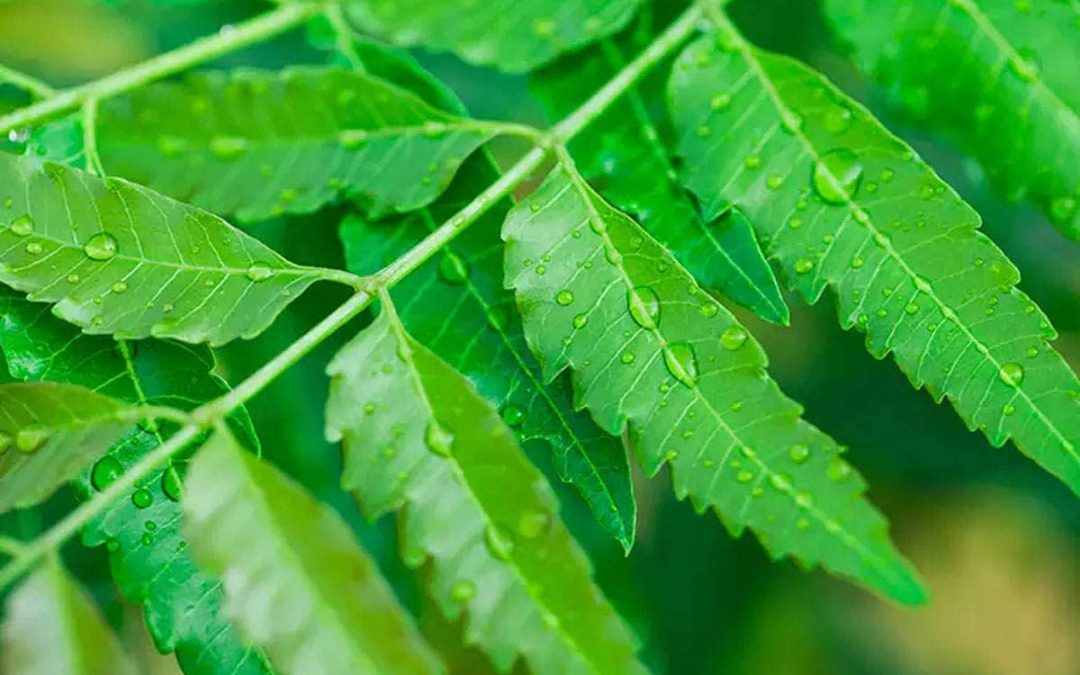 Ayurveda is the ancient Hindu medical treatment technique passed down from generation to generation for thousands of years. Ayurveda is an amazingly vast field as it got evolved, modified in this lengthy period of time. Looking into Ayurveda even surfacely one knows its vastness. Thousands of techniques, thousands of plants, and herbs for various illnesses and benefits.

Among of those thousands of plants, that Ayurveda deals with Neem is at the top. It would be not wrong to say that Azadirachta induca is the crown jewel of Ayurveda plants. It is used for the treatment as well as betterment for various conditions for thousands of years. The use of neem is also there in various ancient stories as medicine, which tells its importance in the ayurvedic knowledge.

Neem plants natural habitat is dry and hot. The plant is native to the Indian sub-continent. They can be found a lot in number these areas. The plants can grow to the height range of 15-30m with large leaf crown at the top. The most notable thing about Azadirachta induca is that the leaves of the plant are extremely bitter in taste.

Some of the Benefits of Neem are as follows

Azadirachta induca is one of the best repellents there is. It can be effectively used against fleas and mosquitos. The oil is well known to repeal mosquitos and fleas from hairs. Due to this property, nowadays it is also used to make neem-based shampoos. Which repeals fleas, is anti-dandruff and also know to make hair good. Also, you can see more here about hair fall problems and prevention in Ayurveda.

Neem is most popular for its anti-bacterial property. In the ancient Ayurveda, Azadirachta induca’s leaves were put in wounds to get rid chance of bacterial infection. The leaves are beaten to make a fine paste and is regularly put on the paste on the wound until it heals. Azadirachta induca paste in ancient Ayurveda was also known to be used for animal bites and burns.

Teenage years can be filled with acne and scars. However, you may get even as an adult, if you have not worry neem is here for rescue. From generations neem paste is used against acne and scars. Applying continuously for a sometime will also prevent pimple eruption and will give the skin you always dreamt of.

Taking crushed dried leaf of Azadirachta induca daily with warm glass of water can do wonders to your body. Neem is well known Ayurveda plant to boost the immunity of the person who consumes it. It is always good to prepare yourself by enhancing one’s immunity.

Digestive system is especially important system of body. A disturbed digestion can hamper the body in numerous ways. Unproper digestion not only hampers you physically but can take mental and psychological stress on you. Neem intake can set your digestion process straight. It can even reset your digestive routine, getting rid most of the problems. see here how to balance digestive fire through ayurveda

Another thing neem laves are popular for is its capacity to provide good strong bones. The leaves are known to have calcium and other various minerals. Azadirachta induca leaves if eaten can supply your calcium need.

Not just for repellent for lice and dandruff in your body. But it can act as repellent as well as fertilizer for your plant. Azadirachta induca is used in various organic insecticides, pesticide. Unlike harmful chemicals neem application will provide healthy food and safe environment.