5 Principle of Naturopathy- History and How It Works 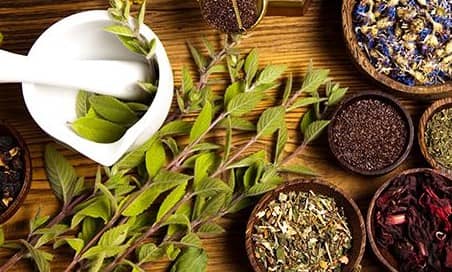 Naturopathy is committed to researching and celebrating the healing powers of nature. Naturopathic medicine is a central practice in ancient times as fresh as emerging medical breakthroughs. The career integrates a dynamic theory that accepts all living beings’ interconnection and interdependence. The principle of Naturopathy is a type of healthcare in which modern treatment and traditional methods are present.

Naturopathy is not a cure for a severe disorder or illness. Naturopathy is a supportive treatment that should be applied alongside all clinical and medicinal approaches. Before trying naturopathy on any severe or chronic condition, please follow the recommendations of your doctor. Some principles of naturopathy develop the importance of naturopathy more prominent.

Naturopathy makes a person live a balanced lifestyle. Meanwhile, it is the treatment that helps prevent health issues and makes the body healthy, capable of healing itself. Naturopathy seeks to teach the client to look after their health and their family’s health, reduce any disease effects, promote the body’s ability to regenerate, and stabilize the body. According to the principle of naturopathy, this medicine must be chosen at the time of treating the least pain.

In 1902, Dr. Benedict Lust introduced naturopathic medicine in North America, and in Canada in 1920, naturopathic medicine became well known. Naturopathic practice laws were passed in 1925 in Ontario, 1936 in British Columbia, 1943 in Manitoba, and 1952 in Saskatchewan. In Canada, the CAND has been representing the profession’s needs since 1955 based on principles of naturopathy.

Health care moved toward a more natural approach after the Second World War, based on developments in surgical procedures, the advent of antibiotics, and the pharmaceutical industry’s rise. Public demand for better regulation of the healthcare process and increasing frustration with high-tech alternatives to health issues have resulted in a revival in natural preventive health care practices in the last twenty years.

The Boucher Institute of Naturopathic Medicine opened in British Columbia in 2000 to provide students pursuing qualifications as naturopathic doctors with more educational opportunities.

Naturopathy is the least invasive and least toxic medication that aims to improve general well-being. It exercises the curing force of nature to reverse the effects of many diseases. Meanwhile, the principle of naturopathy and its significance in one’s life are:

The Principle of Naturopathy is to cure patients with chronic illnesses in a comparatively shorter period than any other form of medicine. Naturopathy treats all things simultaneously, such as physical, emotional, social, and moral. The principles of naturopathy make naturopathy more reliable, and it works for many people.

On a more personal basis, naturopaths work, investing more time covering human needs. They develop recovery programs that incorporate all facets of an individual into account.

In comparison to modern medicine, naturopathy may be helpful, and many believe these approaches allow the body to stimulate self-healing processes. Naturopathic healthcare can also be an alternative to traditional healthcare that is cheaper.

To interact with the body on a holistic basis, Naturopathy combines traditional medicine with western health care. To help current therapies and procedures, a doctor can use naturopathic techniques. Principle of Naturopathy proved to be helpful for humanity.

Naturopathy is a controversial area because it has not been proven to be sufficiently successful in research into it. Before transitioning to or incorporating naturopathic remedies, it is reasonable for individuals to speak to a doctor since specific therapies can interfere with existing treatments.