Four techniques for focusing the mind in practice of meditation 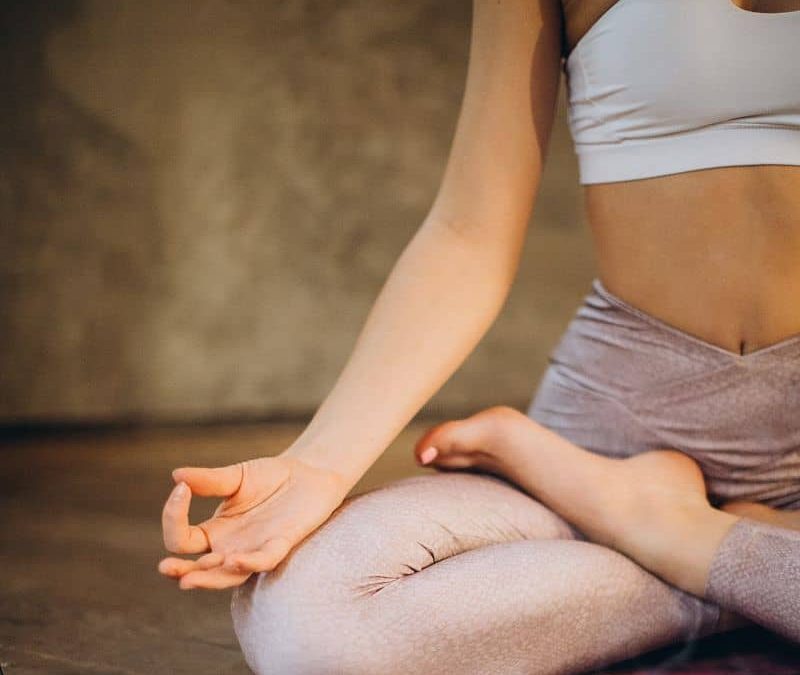 4 techniques for focusing the mind in practice of meditation

Meditation is an ancient technique used for hundreds of years, for the goal of promoting mental, physical and spiritual health. The practice of meditation has various benefits which is making it the trend it is today. Meditation is a technique that involves focus, practice, a calm mental state, and many other things.

As, beginners in meditation people find it sometimes little bit complicated to keep focus. If they are not experienced to be calm and concentrated, they may lose focus. However, for those people’s focus can be enhanced during practice of meditation by various techniques such as breathing, visualization, mantra and chanting, steady gazing and many other methods.

Meditation is originally a Hindu technique, that was developed by Hindu community thousands of years ago. No texts, scriptures exactly describe when or who formed it. However, the scriptures mention that meditation was used by sages and yogis to gain eternal knowledge, boons and to be one with god. Mahadev, one of trimurti, god of destruction, dance was the first one to meditate and perform yoga. He In the form of Adi yogi, taught the world the secrets of yoga and meditation according to Hindu scriptures. Lord Mahaddev in pictures or idols is depicted as a man in dancing position performing Rudra Tandava or performing meditation in the Himalayas.

There is no denial that the oldest mention of meditation is found in the Hindu scriptures. However, we cannot completely state that meditation belongs to Hinduism. There are two possible reasons, either the people came up with the idea themselves or it got integrated into other religions. Various religion and people practice meditation, they have their own unique and different meditation style. The techniques and methods are so well integrated into their environment that the meditation itself reflect their lifestyle and culture.

Buddhism is a good example of a religion that has practice of meditation deeply integrated in its ways. The whole concept of Buddhism is to attain mental peace, way of non-violence and enlighten. There are many ways and meditation are also one of them. Also, not by the religious aspect but due to commercialization of the field and major health benefit meditation is spread throughout the world.

Some of the major forms of meditation from different places and cultures that are practiced throughout the world are as follows:

The benefits that come by practice of meditation may be the biggest reason why it is so wide spread. Its range involves physical, mental and spiritual wellbeing which is very impressive. All this benefit with very low investment and self-performable is one of the biggest perks of meditation. It has a wide range of advantages and people from long ago has used it as per thir requirements.

There may be many forms of meditation today, different style, different purpose. However, how much the difference the form may be, there are some common things in every style of practice of meditation. Focus, calm mind are the key elements in each and every form no matter the type of meditation. However, some people find it little bit difficult than others to focus their mind. However, there is no need to be worried if you have that problem during meditation. There are some methods that will help you if that’s the case.

Four technique for focusing the mind in the practice of meditation are as follows:

Breathing is the essence and life of the meditation itself. Some people might feel like posture is the main component in the practice of meditation. However, breathing is as much an important posture during meditation.

Our body is made of 5 basic elements called PanchaMahaBhut and they are fire, wind, water, earth and space. Breathing is for the wind element in our body. Wind is the invisible life within us. By breathing wind gets in our body. So, breathing right during meditation is a must as the flow of energy with that time is very high. So, breathing must be rightly balanced.

There are various ways to breathe in practice of meditation. The most common way of breathing is to slowly take the air in while sitting in lotus position. Fill the lungs with air as much as you can and slowly let go of the air.

Breathing right will automatically focuses your mind on the meditation. However, if still not able to focus, start to concentrate your mind in letting the air and letting go of the air. Focusing on your breathing pattern will not let you get distracted and keeps you involved in practice of meditation. This technique has helped many to achieve their focus during meditation. Breathing right will keep the wind element balanced in the body, and focusing in it will avoid distraction.

Visualization is the key technique to achieve focus during meditation. Visualization provides more help than achieving focus during meditation. Visualization inlocks the creativity within you. It makes your mind more creative and greatly enhances your imagination capacity.
The first step to use visualization in practice of meditation is to find what gives you peace and happiness. Mostly people choose forest, mountains and riverside or some peaceful scenario to visualize. The key concept of this technique to imagine you being in a place that you love or love to be, which will grant you the feeling of safety and mental peace.

The technique is widely used by the people who live busy life in the city. They cannot be in the forest or some calm place to meditate. However, they sure can with imagination give the mind same serenity as that place. The only restriction to this technique is your own imagination. The more creative and imaginative you are the better results you are going to see.

Visualization of forest, mountain is not compulsory in practice of meditation. One can visualize whatever they want but that should be something that provide mental peace and focus. People have also been found to use images, symbols and even gods. The visualization also can be yourself achieving something or completing your goal. You can imagine yourself getting the desired degree, achieving your musical goal. Whatever you want will be within your reach.

Mantras are the ancient text and scriptures that have great spiritual power and believed to have mystical abilities. Mantras have been used by ancient sages and yogis to focus, please the gods and enhance their spirituality during practice of meditation. There are thousands of mantras that one can use to improve their focus during meditation.

Om, Om namo Shivaya, are some of the Hindu mantras that people use in their meditation. These mantras are believed to hold greatest mystical powers, and people believe will also please the divine gods.

Aside, pleasing gods and enhancing spirituality, mantras help one to maintain focus if your mind is distracted. If you believe in the divinity of these mantras, then you can get of specific deity, whose blessing you need in your life. These mantras will help you to calm your mind, enhance focus and even lengthen the time of your meditation.

Chanting mantras is beneficial and very good to mention focus. Moreover, people to enhance the effect of mantra and heighten the focus use string beads. They hold the sting in their right hand and slowly rotate the string in the hand while chanting the mantra continuously.

One can use ancient mantra to enhance focus during meditation it is good however it is not mandatory. One can even create their own mantra and chanting if they are into it and like to do so. The requirement for something to be meditation mantra is that it need to be catchy and hold a meaning or attachment to you. So, that you can keep focusing in the meditation. It can be your goal or your planning, something like “I will succeed in life” “I will find inner peace” “I am more than my body” “Kindness” Whatever you feel like sparks the focus and concentration within you, can be made your mantra.

Our mind uses our sense organ and other body part to experience the world. The ears give the experience of sound to the mind, skin the sense of touch, tongue the sense of taste, eyes the sense of vision and nose the sense of smell. It is not wrong to say that among these sensory organ eyes have a special relation of brain. It is said that roughly around 80% sensory information we take from the world are based on eyes.

The steady gazing or trataka meditation uses the very relation of eyes and mind for enhancing focus in this meditation. Steady gazing is a technique in meditation where the eyes are concentrated in a single point or object to enhance the focus. The gaze is maintained throughout the whole period of meditation. It is a very good way to improve the concentration during practice of meditation.

The Mind is the most active part of our body. It is continuously working day and night in some way. It is always doing something, some thinking, some planning. When you try to meditate, you are ordering it to remain steady and calm. Which by its nature is very hard for it to perform. This is the very cause that many people are unable to keep concentration during their meditation. The mind wants to do something, think something, plan something instead of remaining calm. That’s where the steady gage comes into the play.

Steady gaze gives the mind something to focus on during practice of meditation. It keeps the mind doing something and also remaining calm. For steady gazing people have been found to use various techniques and objects. The most commonly used object is the candle or point to maintain steady gaze. However, it is not compulsory you can use whatever you want. Other household materials are also fine and outside environment is also fine.

However, if outside environment is used make sure the surrounding is quiet and won’t disturb you. The goal is to focus on something, as long as you keep focused the object being kept focused is not important.