AYURVEDA MEDICINE: WHAT MAKES IT UNIQUE FROM MODERN MEDICINE 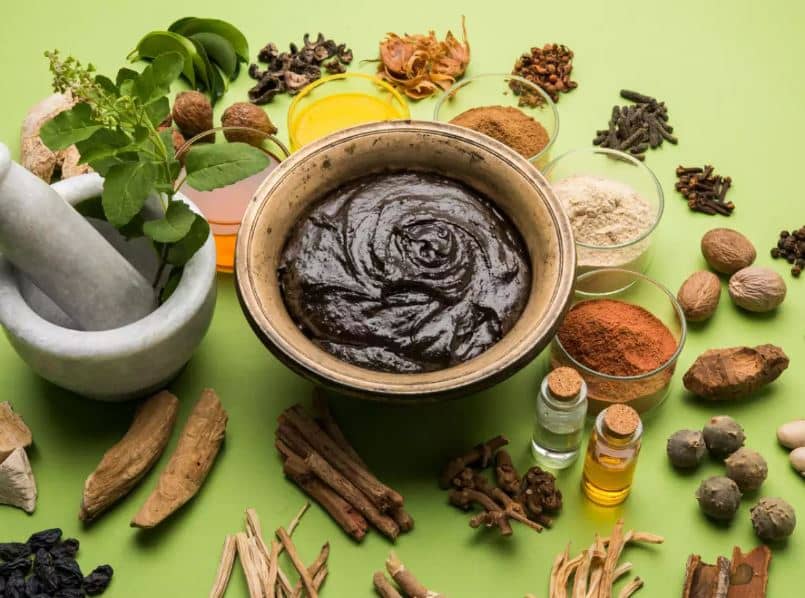 Ayurveda Medicine: What Makes It Unique From Modern Medicine

The practice of Ayurveda medicine had developed along with the evolution of mankind. Different geography, different circumstances and different cultures had their effect even in the practice of medicine. The buzz of modern or allopathic medicine is so loud that we are ignorant about the existence of various kinds of medicine practice around the world.

Ayurveda system of medicine an indigenous medicinal practice of Indian subcontinent is one of such medicinal practice. With the history of nearly 5000 years, Ayurveda medicine serves majority of the population in Indian sub-continent and with globalization it is flourishing throughout the world.

What makes Ayurveda different from the modern medicine is its inherent nature of holistic approach. Ayurveda medicine practice emphasizes on encompassing all the dimension of health – physical, mental, social and spiritual. Rather than focusing on the management of symptoms of diseases, which is typical to modern medicine, Ayurveda pursue for the root cause of disease.

Ayurveda believes that the management of disease is not possible only with the prescription of medicine and diet and lifestyle variation must be the integral part of treatment of disease.

2. The individualistic approach of medicine

Modern medicine has just reached into the concepts of pharmacogenomics and now it is being established that a drug for a disease effective in one’s body may not be effective in other’s body even if both the individual suffers from the same disease.

The individualistic approach is the foundation of Ayurvedic clinical practice. Ayurveda medicine considers that each individual’s inherent makeup is differs with another. This difference not only manifest itself as body types but also plays a role in progress of disease in one’s body and body’s interaction with a given drug.

Due to these reason Ayurveda has described varieties of medicines for the same type of disease. The success of treatment depends on the wisdom of physician how he interprets the course of disease in a given patient and what plan of treatment is designed after such understanding.

The most important feature of Ayurveda medicine is its rich source of home remedies for many of the mild ailments. It is due to these compendium of knowledge on these home remedies various Ayurvedic herbs and spices have established their importance through scientific research too.

Usage of decoction of turmeric powder and basil leaves in case of acute fever is still in practice of many households of Indian subcontinent. Needless to say, scientific studies have provided evidence on anti-inflammatory and anti-pyretic effects of turmeric and basil plant. That’s just an example. There are hundreds of cost effective simple home remedies described in Ayurveda medicine for the management of varieties of disease.

Modern medical science gives a vivid picture of development of headache and fever which makes it much complex and starts making us to believe that they can be managed by drugs with structures of similar complexity.

The unique feature of Ayurveda includes the 5 elimination or detoxifying therapies. Ayurveda medicine system believes that the accumulation of unwanted metabolites in the body acts as the precursor of most of the disease. Elimination of such wastes at correct time in a correct way ensures the promotion of health and prevention of diseases.

These elimination therapies now have been proven effective in the management of many chronic diseases. Chronic conditions like rheumatoid arthritis are managed by steroid medication in the modern medicine. Such medications have severe side effects on the body. Elimination therapies along with herbal drug prescription are found to be more safe and effective in the management of chronic inflammatory diseases in comparison to modern drugs.

Ayurveda medicine emphasizes on the importance of keeping our body in harmony with nature. Constant changes occur in the nature in the form of day and night, variation in seasons etc. and since we all are in constant interaction with nature we are directly influenced by such changes.

Keeping the body in synchronicity with the changes in nature has been considered by Ayurveda as the primary requisite for maintenance of health. So Ayurveda has discussed about daily and seasonal regimen in detail.

Maintenance of health does not come from taking pills, it comes from the acting on a healthy plan with self-discipline. Recommendation on diet and lifestyle to be followed according to the time period of day and seasons are of great value for making a plan for a good care of one’s own health.

6. Safety and efficacy of Ayurveda Medicine

What matters the most in the practice of medicine is safety and efficacy. With the advent of newer concepts on human body anatomy and physiology, different drugs were begun to produce for treating diseases. The stereotypical understanding of a condition led to invention of single target oriented drugs, which later were found to cause unwanted side effects.

Ayurveda was sure from the very beginning that the development of a disease never follows a linear path and hence its management also should not be single target focused. Ayurveda Medicinal system believes that the disease should be treated in such a way that no other harmful condition is invited in the future due to the act of planned treatment.

Safety and efficacy is the prime focus of Ayurveda. Ayurveda considers the complex path of disease progression and tries its best to mitigate all the sources of harmful consequences.

With the boom in medical science and technology, we have been able to recognize the disease accurately and precisely. Disease has been viewed with such a fine focus that modern medicine has unfortunately forgotten what health really means.

With its holistic approach Ayurveda encompasses every aspects and dimension of health in its domain. Herbal medication, meditation, exercises, diet, elimination therapies – all these are the tools that Ayurveda uses for harmonious management of disease. Efficacious with less adverse effects is what makes Ayurveda a unique practice of medicine.