Brahmi oil and its benefits in Ayurveda 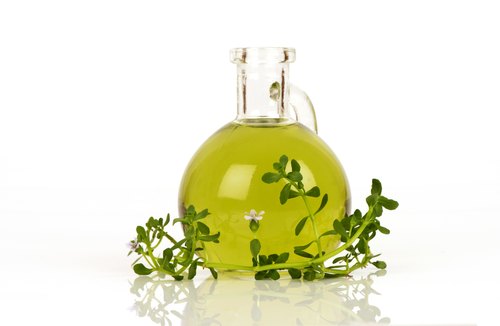 Brahmi oil and its benefits in Ayurveda

The human body is a complex union of many systems and mechanisms. Our body is functioning because there are thousands of processes behind it. The human body and its functioning process are so complex that even with our superior brain, our superior consciousness, and our modern technologies we had not been able to fully understand it. It is a wonder how it was created.

Maybe it was created by a higher form of cosmic energy beings which we know as the god or is the product of the complex evolution of thousands of years. What may be the case there is no denying that the human body is extraordinarily complex and very amazing. How wonderful may the human body be it gets ill and needs help to recover. Modern medicines, Ayurveda, Acupunctures, Reki healing there are many types of healing systems that had been developed at various periods to heal and recover the body.

Among these, the techniques of Ayurveda may have been the oldest and most diverse. Ayurveda itself is a mystery and uses various things to heal the body. Essential oils, a complex combination of herbs many things can act as Ayurvedic medicine. Among the many ayurvedic medicines there is one called Brahmi herb that is incredibly unique and has multiple uses and benefits.

Ayurveda and the oils of Ayurveda

There are also essential oils that are used for Aromatherapy (Aromatherapy is the technique of using various scents and aromas for various theoretic purposes). Oils and uses of various kinds of oil can be even called the special part of Ayurveda which is very vast and need very vast research and learning to have the right knowledge about all kinds of oils and techniques.

Brahmi oil is a natural ingredient in Ayurveda that is used for many conditions and to heal them. It is very traditional medicine and has been used many times. The oil is mainly used for hair and has astonishing benefits. There are many problems regarding hair that people are facing, Brahmi oil is mostly used to get rid of all of these problems.

Brahmi oil is made by Bacopa monnieri plant. It is a perennial herb that is native to India and its surrounding countries. Some varieties are native to the other parts of the world also like, Australia, Europe, and South America. Water hyssop, herb of grace, Indian pennywort are some of the names of the herbs. It is the creeping herb and is used for many things. Brahmi oil is just one product of this multiple beneficiary herb.

Brahmi oil can be obtained in multiple ways. If you want you can just buy Brahmi oil. This oil may not be available in the supermarkets like the other commercial oils and oils used for foods. However, in the ayurvedic shops and places, Brahmi oil can be easily bought and found.

There is also another way of getting Brahmi oil you can just make the oil on your own at home. Brahmi oil is not that hard to make and if the plant is available Brahmi oil making is piece of cake. Brahmi plants necessarily do not give oil like mustard and sunflower. People may get confused that if the name is Brahmi oil, then it may be the oil extracted from the plant. However, Brahmi oil is a little bit different than that. It is more like extracting the essence of Brahmi leaves and putting it into the other oil. Coconut oil, Olive oil, and Castor oil are commonly used to extract the essence of the Brahmi oil.

Now after, separating the leaves from the plant clean the leaves thoroughly and place them on a plate. Then shade dry the washed leaves to remove the water from them and make them dry. Sundry can make the leaves completely and damage it reducing the quality of the Brahmi oil. Now after the day, mix the shade dried leaves with the prepared oil. Put the oil and leaves in almost equal ratios.

Benefits of using Brahmi oil and ways it can be used

Brahmi oil has many benefits and can be used for many things. However, the primary working field of the Brahmi oil and the thing is mostly used for is the hair. Brahmi oil is regarded as excellent for hair and hair-related problems. Following are the numerous benefits of the Brahmi oil that people use it for,

Hair loss is a problem that is faced by most people at a point in their life. Many even lose their hair permanently mainly mail who has the genetic condition of male pattern baldness. Losing hair can be devastating for some people. Some even have gotten into depression by hair fall and losing their hair. The application of Brahmi oil in the scalps can reduce hair fall. After applying Brahmi oil one can even notice the reduced hair fall in a short amount of time.

Dandruff is the small white particles in the hair. Dandruff sometimes can be embarrassing as it sometimes can be visible and some people have much dandruff. A small amount is normal but if you have excess in your hair, it can be a problem. Dandruff can also be the cause of hair loss. If that is the case one can get rid of dandruff by the application of the Brahmi oil. Brahmi oil is considered excellent in removing the Dandruff in the hair.

The skin at the top of our head is incredibly unique from the skin of other parts of the body. It contains numerous glands and hair scalps. Hair scalps are the place from which the hair grows. A healthy hair scalp ensures healthy hair. Correspondingly if the health of the scalps is bad, bad will be the condition of the hair. Brahmi oil is also used to make the scalp of the hair healthy. Continuous application of the Brahmi oil and massaging it for a certain period enhances the overall health conditions of the scalps in the hair.

Hair is one of the aspects of beauty in human beings. Not saying that human beauty is completely dependent on hair. However, people love the hair on their heads and healthy hair is certainly an attractive aspect of the human body. Humans may face many problems in keeping their hair healthy.

Hair needs considerable effort and time to maintain its excellent quality and health. Sometimes even it may not be effective as the genetic condition and other unprevented external factors may harm it. Brahmi oil aids to improve the overall condition of the hair and helps to maintain its health. From giving shine to it to maintaining moisture in the hair, making it shiny it works in all ways.

2) Treats pains in the joints

applying Brahmi oil around the muscle where there is pain and gently massaging at that area has been found effective to cure the pain. Even the old joints pain can be lessened by the application of Brahmi oil.

The application of Brahmi oil in mouth ulcers also has been found amazingly effective. It helps to heal it by destroying the bacteria at the ulcer as it has anti-bacterial properties. Mouth ulcers are very irritating and if the ulcer is big, it may take time to heal naturally. It is very irritating as it pains you every time you try to eat or drink. In that case, Brahmi oil always can come to the rescue.

Aside from having hair and pain removal benefits Brahmi oil also can maintain good skin health. Brahmi oil has various anti-oxidant properties that get rids of the toxin that can get accumulated anywhere. The application of the oil into the skin maintains the good elasticity of the skin and makes it smooth and soft. Regular application of the Brahmi oil also adds glow and charm to the skin. It will look like the skin has regained the youth once it had lost.