Disease From The Perspective Of Ayurveda 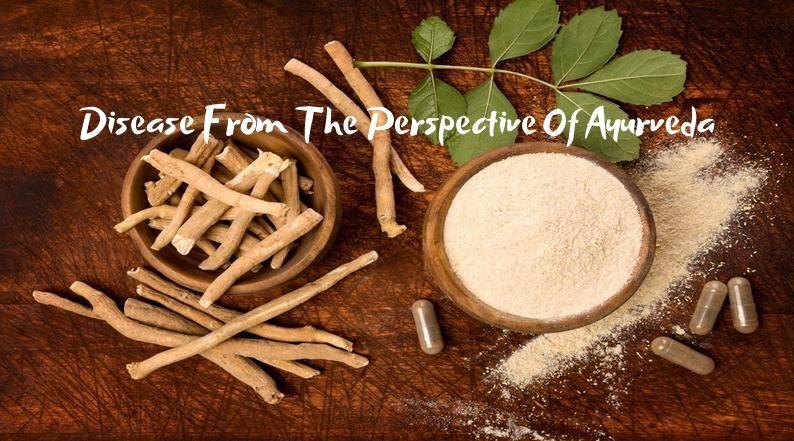 Before discussing about Disease From the Perspective of Ayurveda, lets’ first know about Ayurveda.

Ayurveda Information of Disease From The Perspective Of Ayurveda?

Ayurveda is the discipline that deals with the knowledge of life and longevity. The word Ayurveda is composed of two Sanskrit words – Ayu (life) and Veda(knowledge). The word Ayu is most often translated to “life” but this translation is not enough to relate the full meaning of Ayu. Charaka Samhita one of the most profound classical text of Ayurveda defines Ayu as the span of time during which the combination and co-ordination between the four components – Sharira (physical body), Indriya (sense organs), Satva or Mann (mind) and Atman (consciousness) exist.

In a broad sense, Ayurveda considers health as a perfect state of balance between these four components and to its contrary, an imbalance between these components is considered to be the state of disease. Ayurveda is all about “continuation of the balance” and to fulfill this goal, Ayurveda works out to maintain the health of healthy ones and heal the disease of unhealthy ones. This notion of maintaining the balance is accompanied by preventive, palliative and curative measures which are achieved by the means of Aushadh (natural medicines & therapies), Aahar (diet& nutrition) and Vihar (lifestyle).

Going deeper and focusing on the component Sharira, the physical body is considered to be a unique combination of five basic elements – Space, Air, Fire, Water and Earth where other components of Ayu reside and co-ordinate. Furthermore, these five basic elements combine to form the fundamental physiological and pathological factors inside the body called Tridoshas – Vata, Pitta and Kapha. They are considered as both physiological and pathological units because they manifest normal activities when in balanced state while they themselves become the key factor to initiate disease in imbalanced state.

It is necessary to know about basic principles about interactions, before entering the topic of Ayurvedic concept of disease pathogenesis. Every object in this world possess some qualities and they show certain activities on the basis of those qualities. The general principle of Ayurveda considers that “Like increases like and opposite decreases each other”. For easy and concise understanding the objects which interact with our body tend to increase the level of the doshas on the basis of qualities that are similar to particular dosha or decrease the level of doshas on the basis of qualities which are dissimilar to particular dosha.

An individual is in a constant interaction with the external world and has to deal with the changes in environment, time of day, seasons etc. Not only with the cosmos outside but an individual also has to deal with the cosmos inside too – the cosmos of feelings, thoughts and emotions. Along with these our dietary and lifestyle behaviors have their effects on the level of doshas. The level of doshas get altered on the basis of qualities the doshas possess and the qualities that interacting factors provoke.

What are the Disease From The Perspective Of Ayurveda?

The manifestation of illness from the perspective of Ayurveda is profoundly observed when there is increment in the level of doshas. The increment in level of doshas occurs in two ways – accumulation and aggravation. Both of these increasing phenomena of doshas occurs within the respective seats of doshas. The process of accumulation goes unnoticed while in the stage of aggravation of doshas, individual start feeling discomfort. When the increased doshas are not managed in time, theses doshas would spread through channels throughout the body. At any feeble and feasible location of the body, the spreading doshas will deposit and start polluting nearby components (tissues and fluids). If the condition is not interfered at this stage, disease manifests with specific sign and symptoms.

The pathogenesis may follow other pathway too. Aggravated doshas, due to unhealthy diet and lifestyles, affect the other component of the body known as agni, the digestive fire which governs the digestion of food we take. When the agni, is weakened by aggravated doshas, digestion is impaired and hence undigested and unabsorbed food material accumulate in the channels forming toxic substance called ama. Ama can spread to other bodily tissues and hampers the balanced state of those body parts triggering the initiation of disease manifestation.

Know the Need of Ayurveda

Ayurveda considers a timely interference of appropriate awareness, diet, behavior, exercises, herbs and therapies to discontinue the process of disease progression and reinstate the doshic balance. Since, restoration of balance is far easier in the earlier stages of diseases progression, Ayurveda emphasizes on preventive measures and hence recommends diet, therapies and activities that would alleviate the effects of increasing doshas before the manifestation of a disease.

The pre-preparations are done in order to bring the aggravated doshas from their region of aggravation to the track of excretion. The detoxification therapies are performed to eliminate the aggravated doshas and ama out of the body through external openings. The detoxification therapies are forceful in nature and once the body undergoes such therapies, the body gets fatigued and requires some time to get back to normal physiological functioning. This return is enhanced by post-therapy dietary and lifestyle plans.

The interaction of the human body and mind with the world are always affecting the doshic dynamics inside the body. If the dynamic equilibrium of the doshas get disturbed, diseases are to occur ultimately. With the knowledge of Ayurveda, an Ayurveda physician can tell you the state of doshas in your body and can recommend diet, therapies and lifestyle plan in order to reinstate the balance for your better health.