Why Yoga Has its Significance in the Modern Times?

In the era, when “stress” is contributing as the foremost etiology of diseases like cardiovascular diseases, stroke, cancer etc., stress management is now being seen as an effective tool to reduce the occurrence and aggravation of such diseases. And as the primeval antagonist of stress – yoga has a great significance in modern life.

Several scientific studies have lay down the foundation for yoga to stand with facts and progress further. With the advancement of communication technology, the knowledge of yoga is spreading in a booming rate and people are acknowledging importance of yoga in modern times. On the other hand, may be due to hazardous side effects or lack of response of pharmacological agents, most people are pursuing yoga for managing their distress.

The hectic life schedule of modern times and stereotypical philosophy of materialism has bounded the limitless potential of an individual. The philosophy and practices of yoga helps to revive and recognize the grand capacity of an individual and lead a life full of bliss and pleasance. 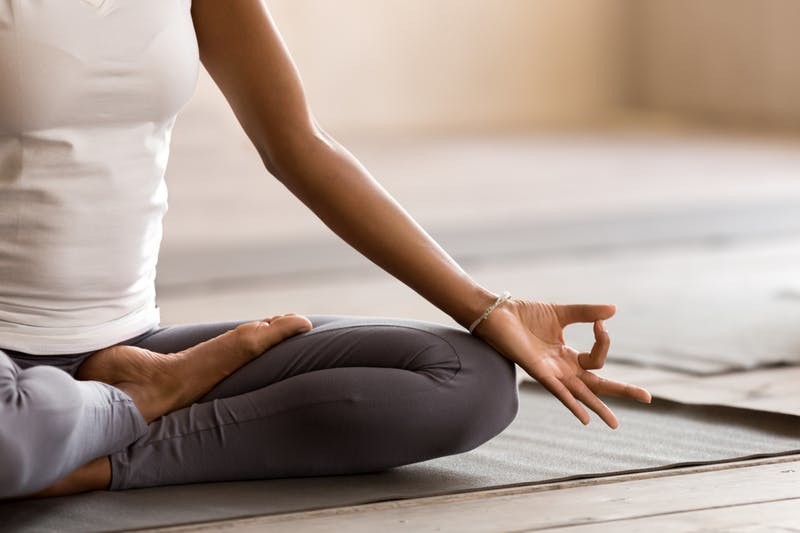 If this word is said to you what image pops out in your mind instantly? Maybe some complex bodily postures which may be followed by an image of someone meditating in folded legs position and furthermore maybe an image of person laughing out loud with raised arms and face towards the sky.

Classically speaking yoga has been defined as the state where all the fluctuations in the mind vanishes. And yoga philosophy talks about the ways of attaining that stage in step-wise manner. Not only for lay-people but also for the yogis, yoga seems so simple sometimes and sometimes so vague. It’s because Yoga composes so many facets that its gross picture becomes esoteric. Otherwise comparatively it is the most practical form of philosophy amongst the ancient six Vedic philosophies.

We have been accustomed so much with science and technology, our mind is always tended to extract the most utilizable things out of anything. Yoga has also been looked upon with same spectacles of utilitarianism and has found to be quite successful in showing effective outcomes.

Yoga in actual is, as mentioned earlier, a philosophy based on ancient knowledge of Vedas whose ultimate goal is to unite the individual consciousness with the cosmic consciousness. This enlightening union as considered by yoga texts is possible only when all the fluctuations in the mind are controlled. For this spiritual journey, methods and steps were required and hopefully a practical kind of sequence was devised by the great sage Patanjali in his text Yogasutras.

Yogasutras generally deals with eight-fold path to enlightenment known as ashtanga yoga. This includes moral and ethical conduct, self-discipline, physical postures, breathing exercises, denunciations of desires, concentration, meditation and ultimately enlightenment. Based on these eight-fold paths various kind of yogic disciplines have been created. In recent times, yoga principles have been integrated with knowledge of physical and mental physiology to create an effective art of healing known as therapeutic yoga.

How does Yoga work?

Settle your mind first, focus on yours breathe, watch the air going in and out, feel calm and observe what’s going on in your mind.

All the guidance that are provided in the yoga practice in actual are trying to relax the mind and limit it to the present. Evidences show that these practice are in fact effective in slowing down the sympathetic nervous system (fright-flight-fight response). These practices are also responsible for lowering the neural activities in the area of brain which are responsible for fear, aggressiveness and anger while stimulating the reward center of brain leading to a happy and cheerful state of mind. The effects of these inhibition and stimulation ultimately helps to reduce anxiety, heart rate, respiratory rate and blood pressure.

Along with this, continuous practice of yoga has also been shown to increase the serotonin levels which have improving effects on depression. Yoga practices of relaxation poses, pranayama and meditation enhance sleep by tranquilizing our nervous system.

It is quite evident in itself how Asana (Physical postures) can be fruitful in stretching and strengthening muscles and connective tissues. But along with this different poses that are practiced in yoga are also helpful in increasing blood flow to different parts of body. For example, twisting poses helps in outflow of venous blood and inflow of arterial blood into the internal organs when the twist is released. Inverted poses like Sarvangasana and Sirshasana helps the venous blood flow from the legs back to the heart.

Osteoarthritis is one of the major ailments most common in old ages. They occur often due to degradation of cartilaginous surfaces of adjoining bones due to insufficient supply of nutrients. Asanas in yoga practice increases sustenance of cartliages by bringing nutrients from increased blood flow. Similarly, Yoga based lifestyle modifications are shown to be effective in increasing the perfusion of myocardial tissues.

Osteoarthritis and deterioration of cardio-vascular functioning are somewhat inevitable in old ages, but regular practice of asana, pranayama and meditation are helpful in delaying the manifestations of such ailments.

Yoga recognizes different dimension of an individual human being and his life. All the misery from the eye of yoga are due to imbalance in those dimensions.

Reinstating the balance between those dimensions is the key to get rid of any kind of misery. Though vague in its philosophies, the practical parts of yoga are being proven to be beneficial in management of various ailments and stress from scientific findings too. So, application of yoga principles and practices will indeed be helpful to lead a healthy life.