Hypertension And Its Management Through Ayurveda 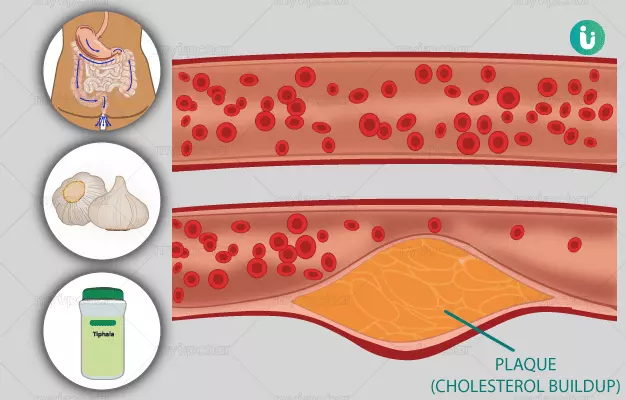 Hypertension And Its Management Through Ayurveda

Hypertension is defined as the sustained rise of systolic blood pressure above 140 mmHg and diastolic pressure above 90mmHg. Hypertension is one of the most serious public health issues, and it is the leading cause of worldwide disease burden. It’s also known as the silent killer because most patients are asymptomatic. However, it causes damage to the target organ and is a substantial risk factor for coronary vascular disorders such as stroke and myocardial infarction.

Concept of Hypertension in Ayurveda

There is no one condition described in Ayurveda that is comparable to hypertension. In the case of an unknown ailment, the physician should endeavor to identify the nature of the condition through Dosha, the place of expression, and etiological variables before starting treatment, according to Ayurvedic principles.

Improper life-style and food habits, psychological stress factors like excess worry, fear, anger, dullness etc., with or without genetic predisposition provokes and vitiates all the three Doshas to trigger the pathogenesis of hypertension.

Excessive salt consumption, alcohol use, an oily diet, daytime sleep, and psychological stress all contribute to Shonita vitiation (blood). Shonita, on the other hand, as a Dhatu (tissue), is incapable of vitiating doshas on its own. The Sadhaka pitta and Shonita are vitiated by excessive use of salt and alcohol (blood).

Thus, when the Dosha, Dhatu, and Mala theory is used, the pathology of hypertension appears to be centered on Shonita Dhatu and Tridosha.

Usually asymptomatic, provided there are no complications. The diagnosis is usually made at routine examination or when a complication arises.

However, hypertension symptoms include: Headache, Nausea, Burning sensation and/or numbness in hands and feet, Vertigo, Vomiting, Tiredness, restlessness, Breathlessness, Loss of appetite, Pain in chest, Bleeding from the nose, Swelling in the legs and under the eye, Double vision etc.

Management of hypertension in Ayurveda

Ayurveda has certain limitations in the management of Hypertension. Particularly in the treatment of hypertensive crises and other vascular events in an emergency setting. However, in chronic hypertension disorders, where the precipitating factors are hyperlipidemia, obesity, and other lifestyle issues, Ayurveda can play a key role. The management of this condition is according to predominance of Dosha, intensity of symptoms and involved relevant target organ damage in the pathogenesis.

Need of Ayurveda for Hypertension?

Despite the fact that there are several effective antihypertensive medicines on the market today, none of them are without side effects. These medications are not well tolerated by the older population in particular. Fatigue, cold extremities, bradycardia, and heart failure are all common side effects of beta blockers. Angiotensin-converting enzyme inhibitors, on the other hand, might induce cough, rash, and other side effect.

In this modern era of specialties and super-specialties in medical care, Ayurveda stands out by its holistic approach towards the body as one single entity.

Management principles of Hypertension through Ayurveda are summarized below.

Samshodhana treatment is a specialist Ayurvedic therapeutic technique that involves performing bio-cleansing procedures, such as Panchakarma, to remove toxins from the body. Shamana Chikitisa is usually the next step (Palliative therapy). However, the physician determines whether or not shodhana therapy is appropriate based on the patient’s condition.

The following drugs (single/compound formulation) are commonly used for prevention and control of Hypertension (to be taken under Ayurvedic medical supervision):

The feeling of constant stress might exacerbate hypertension. As a result, stress management is crucial in the treatment of hypertension.

Ayurveda emphasizes meditation, yoga, and pranayama. These help to alleviate worry and stress.

The 107 essential regions of the body were described in ancient Ayurvedic literature as a seat of prana (life force) and together referred to as marma. The marma, or vital points, should not be harmed, according to Ayurveda’s classical scriptures. However, in today’s world, these marma are stimulated in a controlled manner to treat ailments.

Talahridaya marma was discovered to have a mild immediate effect and a good long-term effect in lowering the patient’s blood pressure.

Hypertension is one of the most serious public health issues, and it is the leading cause of worldwide disease burden. It’s also known as the silent killer. When using the Dosha, Dhatu, and Mala theory, the pathophysiology of hypertension appears to be centered on Shonita Dhatu and Tridosha, according to Ayurveda. Ayurveda, with its various shamana medicines and shodhana treatments, as well as yogic practices, can effectively treat persistent hypertension.