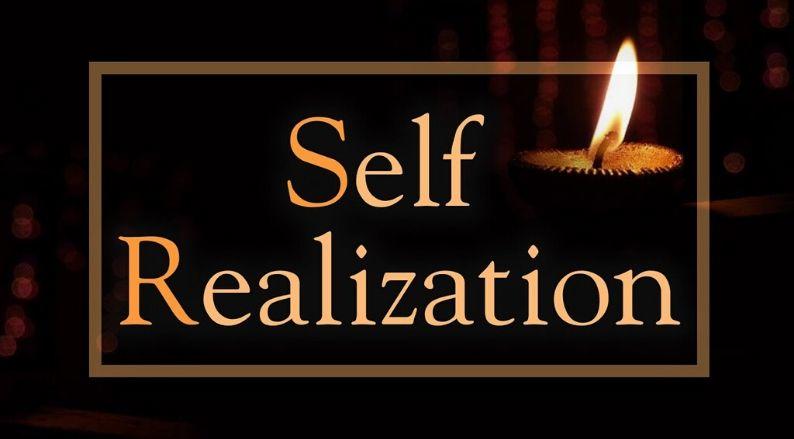 How You Can Achieve Self-Realization By Yoga?

Realization can be achieved with a practice of yoga. The meaning of yoga itself is ‘to join’ with the higher being of the universe or the supreme self. Realization is to be oneness with the highest source. The main aim of yoga is to bring us to the level of self-realization; this is the real destination of yoga. When we practice yoga regularly, we will be able to reach the highest state of our consciousness. The highest state of our consciousness is the major concern of yoga practice.

Now, yoga becomes very common but most people don’t understand the real goal of yoga. Most of the persons are attracted to yoga for its health and otherworldly benefits. Yoga was developed for the spiritual growth in our lives and to get the real taste of life i.e. self-realization. It is not easy to get enlightened but not so hard that we think. Realization is the freedom from worldly affairs and ignorance.

In Hindu tradition, the realization is the main purpose of life. Life becomes meaningful when we get freedom from the fear of death. Their real achievement in life is to be free from the cycle of birth, death, and rebirth. When we get enlightened, we don’t have to born again in this world. We are born and reborn again and again in this world for the purpose of liberation through evolution. The concept of realization is the common aim of all the religions of the world.

In Hindu philosophy, there are 4 aims of life they are Dharma, Artha, Kama, Mokshya. The ultimate goal of our life is Mokshya, the realization of the self. So, Hindu culture is affected by this philosophy. In this way, we can say that the ultimate goal of yoga should be the realization of the self. Without realization, our life becomes worthless. Yoga can lead us to the level of higher knowledge which can help us to attain the reality of our life.

Religious Concept Of Self Realization

Self-realization is a metaphysical concept which cannot be seen without firsthand experience but yoga can be seen by our eyes and we can start yoga when we want to start. Yoga can be done for a fixed time regularly. We can get health and other benefits of yoga but the realization is the factor that we can’t understand until and unless we don’t experience. We can say about self-realization when we will get a realization in our life.

Patanjali managed yoga in eight limbs for the systematic practice of yoga. If we follow the path of Patanjali, we can get salvation in our life. Yoga is the only way to get liberation in our life but there are different types of yoga. According to Patanjali, yoga can lead us to the journey of the higher self. For that, we have to purify ourselves first. Without purifying our body and mind we can’t reach the destination of the highest goal.

In Buddhist philosophy, the realization of the self is the highest goal of every monk and nun. Buddha taught yoga to his disciples to help them to know their self. Buddha’s teaching is based on the purification of the mind. Buddha taught meditation to his disciples to make them still by watching the sensation of the body and mind. Buddha’s principles of four noble truths, eightfold path, and Panchasila are the main weapons for the realization in Buddhism.

To know the real self is self-realization. Most of the persons of this world are unable to know their self in their life. They born in this world and die without getting the highest goal of human beings. The human being is only the creature who can be able to know the highest self. Deities of heaven have also become jealous of the life of a human because they can’t upgrade their life by yoga. Human beings are capable to get the chance of knowing the supreme being of the universe.

We have to utilize our life by choosing the goal of self-realization by yoga. Yoga can be the best path to self-realization. Self-realization can bring us into the state of bliss and unconditional happiness. The realization makes us able to get the beauty of true love. It is a saying that the life of a human is very precious and it is very difficult to get. We get human life by our good task in our previous life. If we cannot utilize this life by involving in a good task, we cannot get the worth of human life.

By real knowledge, we can get realization. There are many fake Gurus in this world, who teach yoga. We have to choose the right Guru or the right path to get enlightened. Our contribution to yoga determines our success. Yoga gives us everything gradually in our life. We can get health, happiness, memory power, satisfaction, good relationship, stress-free life and much more in the first phase. Those achievements are enough for most of the yoga learners. That’s a great achievement in our life. But some people want to go ahead than that point. If someone wants to experience the highest state of being by yoga, they have to be dedicated to their life. They have to be aware of every action they do.