Why Ayurveda In Nepal? 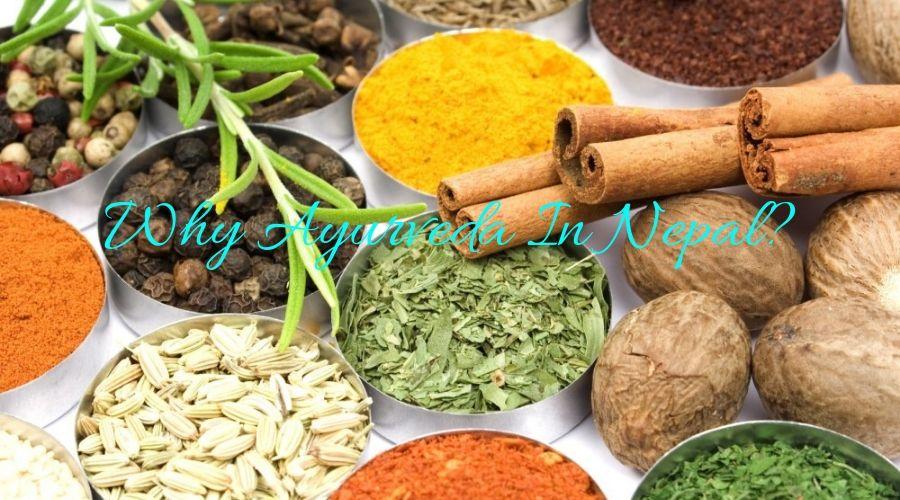 Overview Introduction Of Ayurveda In Nepal

Nepal, a small country in South Asia situated in the lap of Himalayas has been the destination for Ayurveda enthusiasts and followers since ages.

With Mt. Everest, the tallest mountain on earth to the fertile plains and Birthplace of Lord Buddha, Nepal is not just diverse in its geography but also the variation in its culture and tradition, vibrant ethnicity and religion, customs, traditions and festivals, climate and the natural wonders make it the most complete, colorful and beautiful place anyone would ever visit.

Reason Behind Selecting Ayurveda in Nepal

Unique climate and topography of Nepal allow and encourages a huge variety of rare and valuable plants of medicinal value. We have an estimated 9000 species of flowering plants among which 25 to 50% are ethnomedicinal, data suggest. The hills and mountains of Nepal have been inhabited by the rarest and most valuable species of medicinal herbs from Yarsha gumba (Cordyceps Sinensis) to Jatamansi, Nirmasi, Vatsanabha and a lot more.

Nepal had been home to a number of sages who resided and dwelled in the Himalayas, hills, and plains of Nepal. The rishis in the past were the researchers of that time. Their never-ending curiosities and utmost desire to serve mankind helped Ayurveda grow. It is through their life experiences, researches, conventions and conferences that Ayurveda finally descended to the Earth making us able today to benefit from the glory of Ayurveda. A number of the original classical texts of Ayurveda which were lost in the past with course of time were said to be found later in Nepal. The Vedic knowledge has been implemented in the lifestyle of the Nepalese since ages. And we are really very proud that we are born and live in a country that is blessed.

Ayurveda is best understood as the science of life. It is a lifestyle that teaches you what to do and what not to do with your mind and body, every day and in every season. It is a dynamic philosophy describing every subtle thing from the creation theory to existence and beyond. It is the holistic approach towards healing where each individual is analyzed separately treating them as a whole being and not segregating into parts. It is key to health and bliss that today’s human has lost.

This true experience of health and bliss along with Ayurveda could be best experienced in and only in Nepal. As our national anthem itself says “We are a garland of hundreds of different flowers” which represents the unity in our diversity. And Ayurveda is the way of life that can be best learned and practiced in the lap of Himalayas. So, if you are looking for holistic healing, teachings, and natural treatments through Ayurveda, Come visit Nepal and embrace what Ayurveda has to offer to you.

If you’re willing to visit Nepal for experiencing Ayurveda, feel free to contact us. Nepal Ayurveda Home is the renowned Ayurveda center in Nepal.